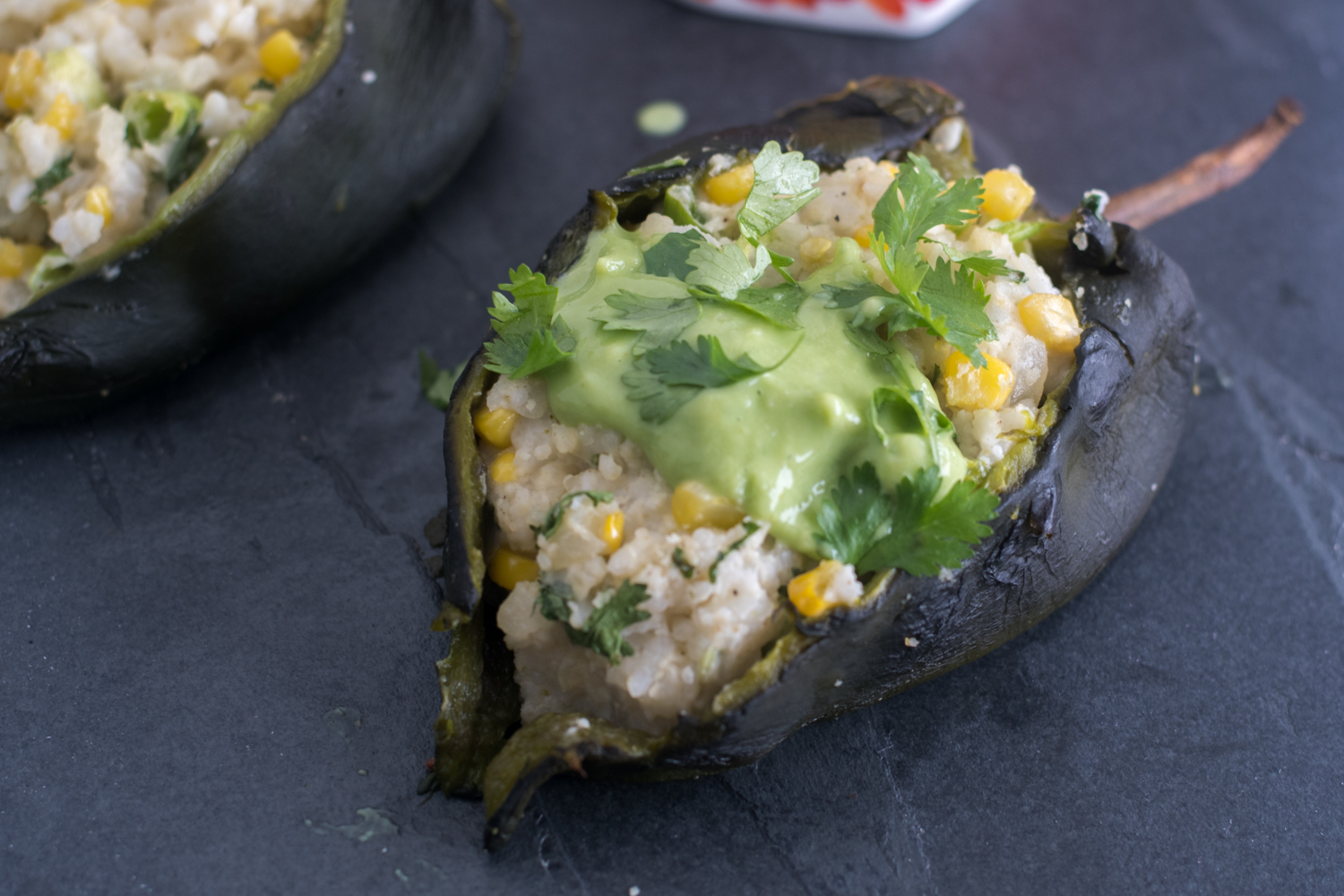 I have been wanting to make a stuffed poblano pepper recipe for the blog for awhile now. Poblano peppers are one of my favorite ingredients.

For the stuffing I wanted it to balance out the spice of the poblano pepper. The rice stuffing is inspired by the classic combination of white rice with poblano peppers.

The two are just so good together. Instead of adding vegan cheese to the stuffed peppers, I added my basic cashew crema.

The creaminess of the cashew crema pairs beautfully with the rice and poblanos. Fresh corn adds a nice sweetness to the filling 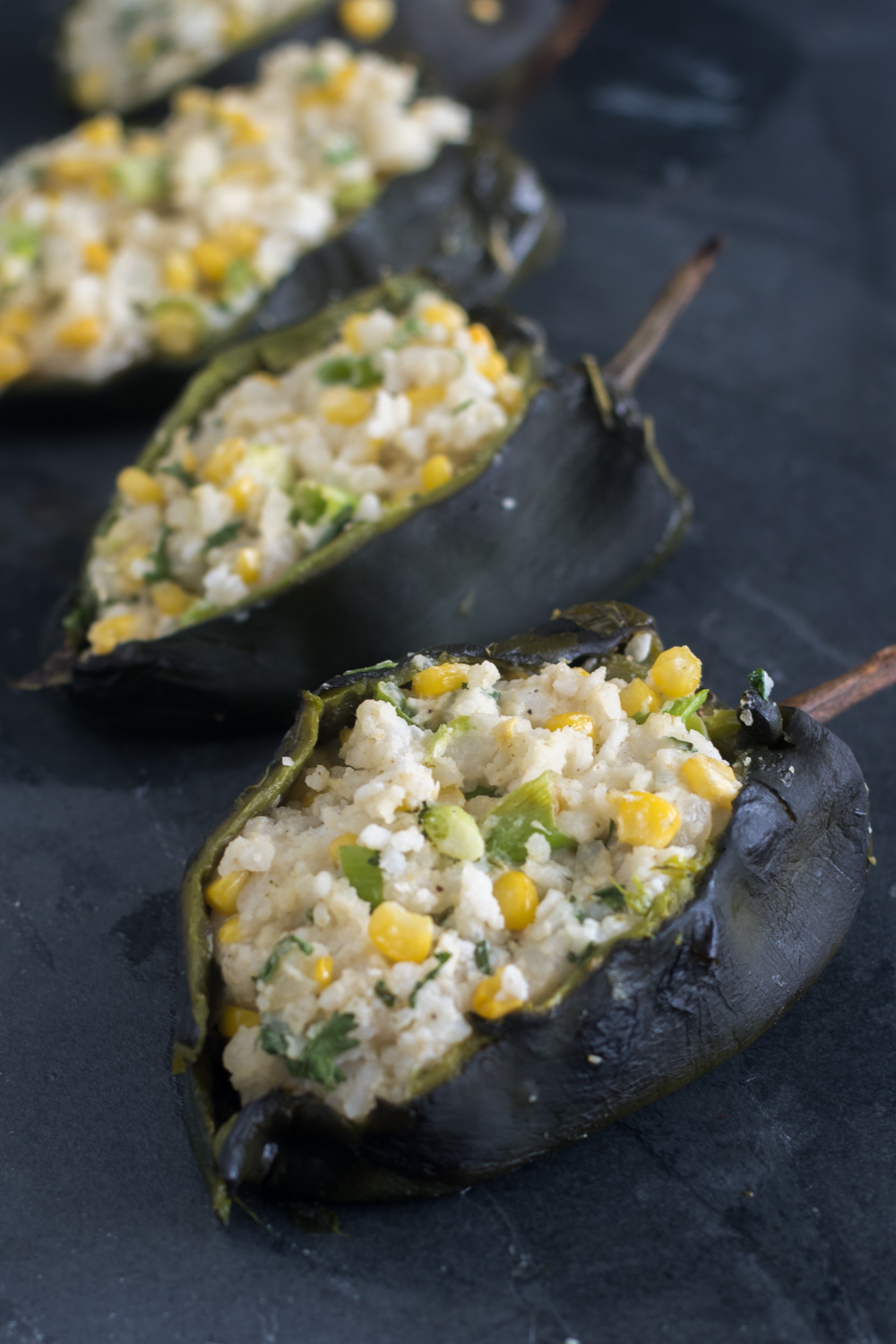 I like to serve these Vegan Rice Stuffed Poblano Peppers with an  avocado and tomatillo salsa. You can also serve the peppers with your favorite salsa. 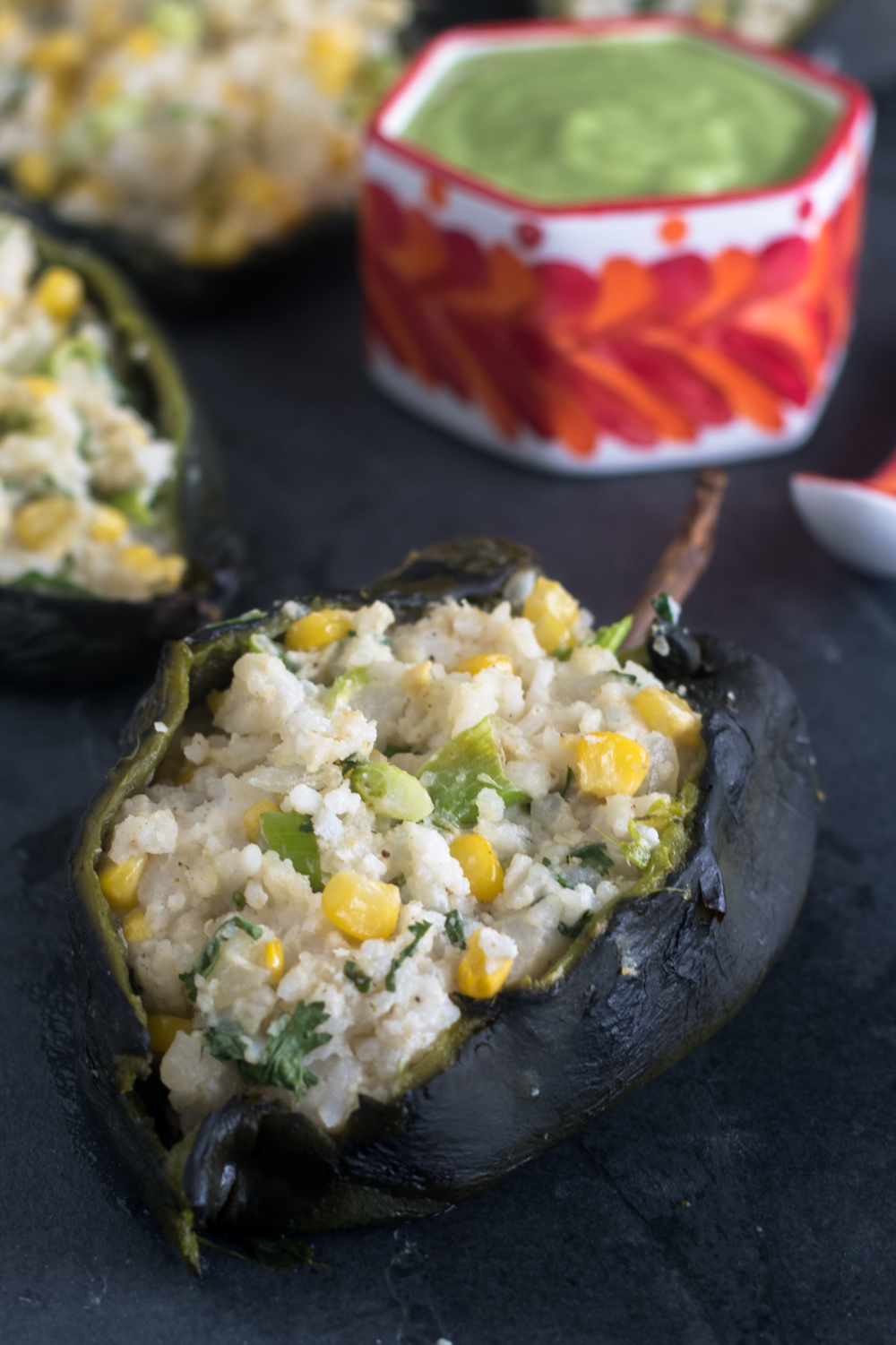 The Vegan Rice Stuffed Poblano Peppers can also be assembled ahead of time.

After the peppers have been stuffed with the rice transfer to a storage container and refrigerate until your are ready to eat.

Place the prepared peppers on a baking sheet and bake as directed in the recipe. Great for entertaining. 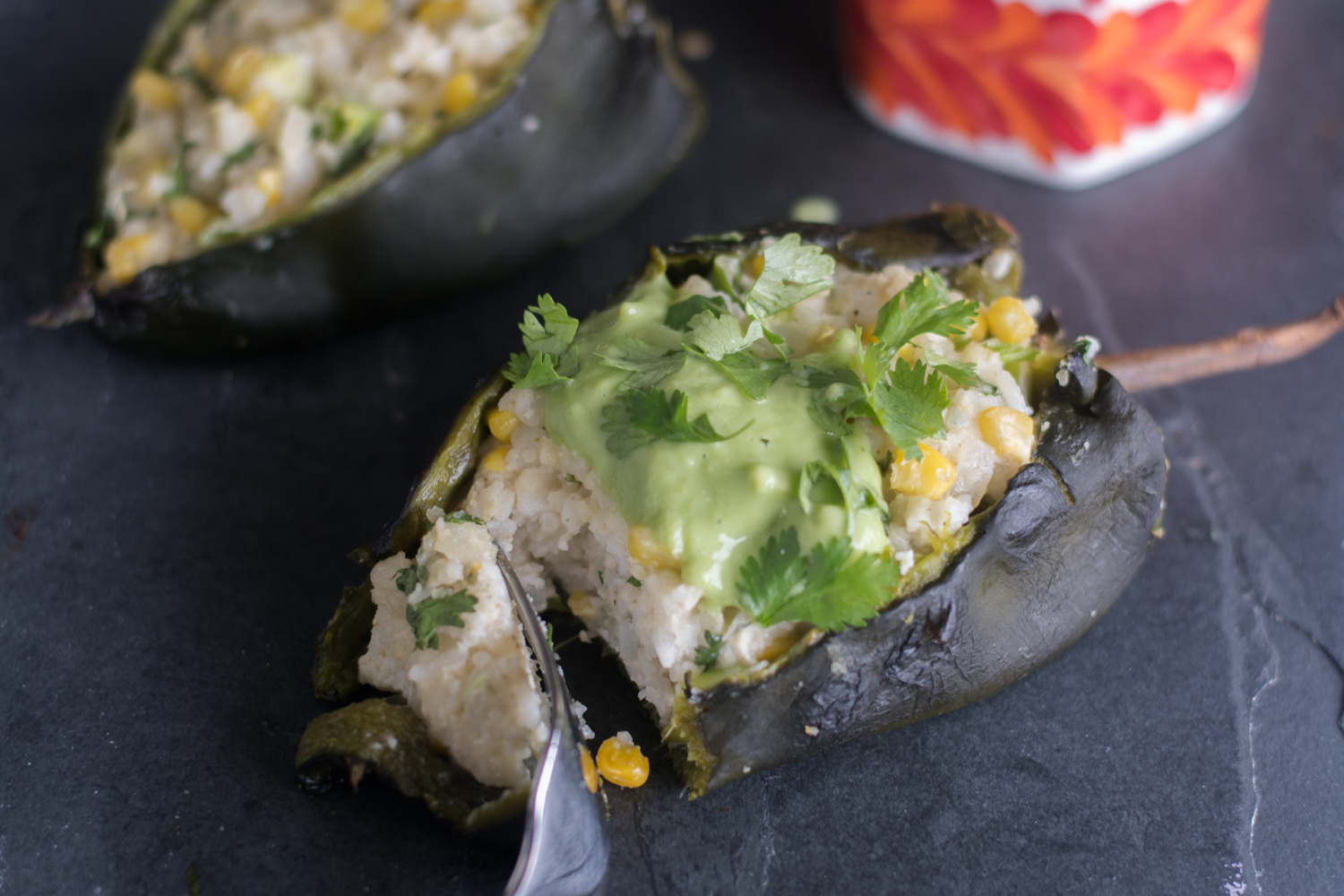 
This is the cashew crema recipe that I use for the recipe.
The avocado and tomatillo recipe can be found here. 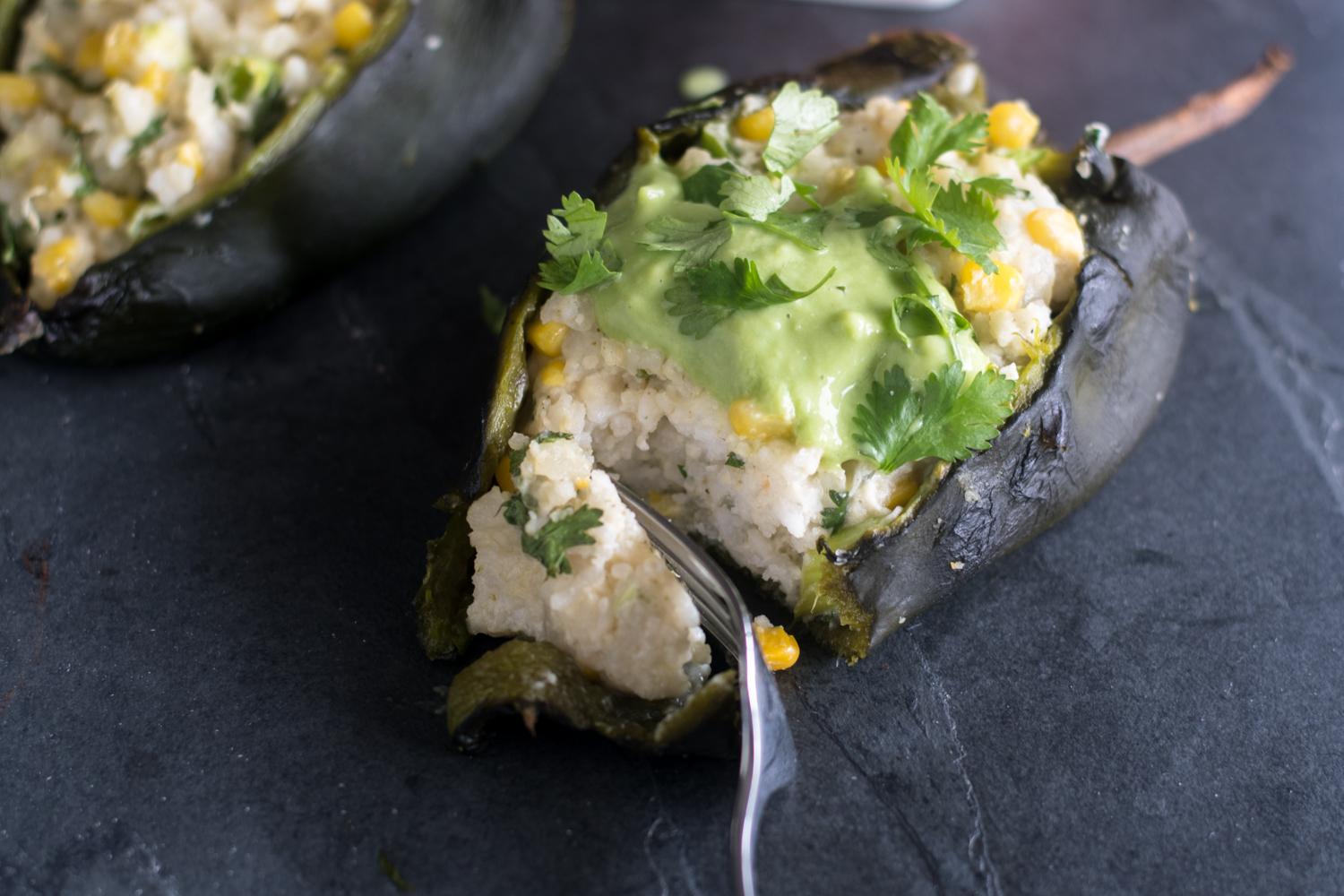