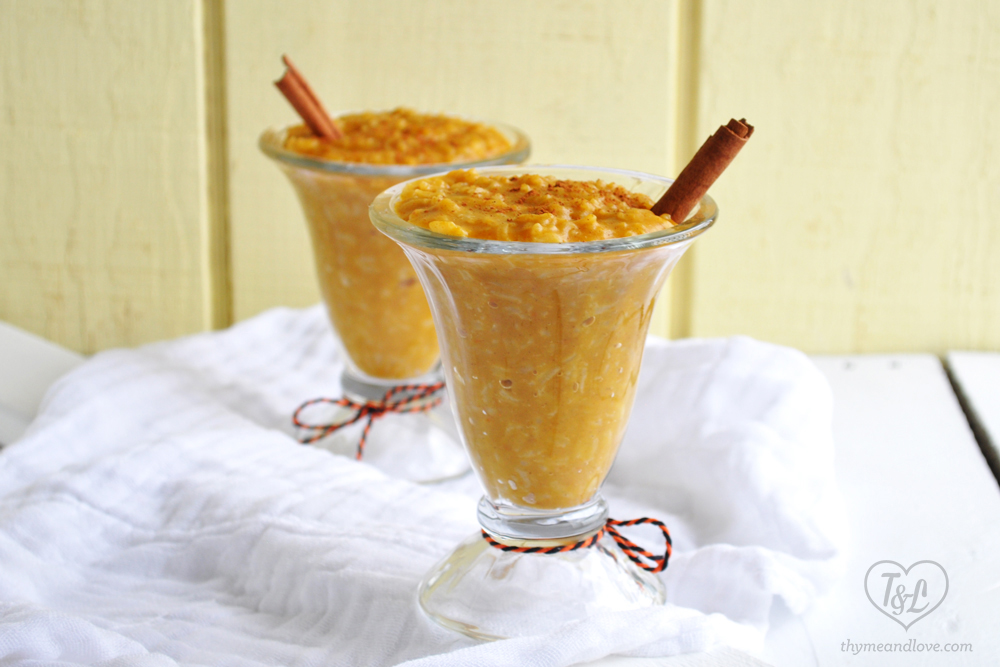 Now that we are reaching the end of October {which flew by too fast!} pumpkin is starting my make its way into many of my recipes. I know that many of you already have had your fair share of pumpkin treats this Fall, but I have been patiently waiting just a little bit longer. Just long enough for the weather to cool down, for the heater to come on, and for the change in the leaves color to peak–which has has taken a little longer this year here in Michigan. There is just something so comforting about enjoying pumpkin treats in the crisp, fall weather. Pumpkin just makes you feel all warm and cozy inside.

One of the most popular recipes on the blog is my Arroz con Leche {Mexican Rice Pudding}. I wanted to take that recipe and put a Fall spin on it. In the original recipe, I used a cashew cream to create a rich and decedent rice pudding.I decided to swap out the cashew cream for canned pumpkin. The pumpkin creates a richness and makes the rice pudding super creamy and luscious. Plus, pumpkin is so good for you and doesn’t have as much fat as the cashews. 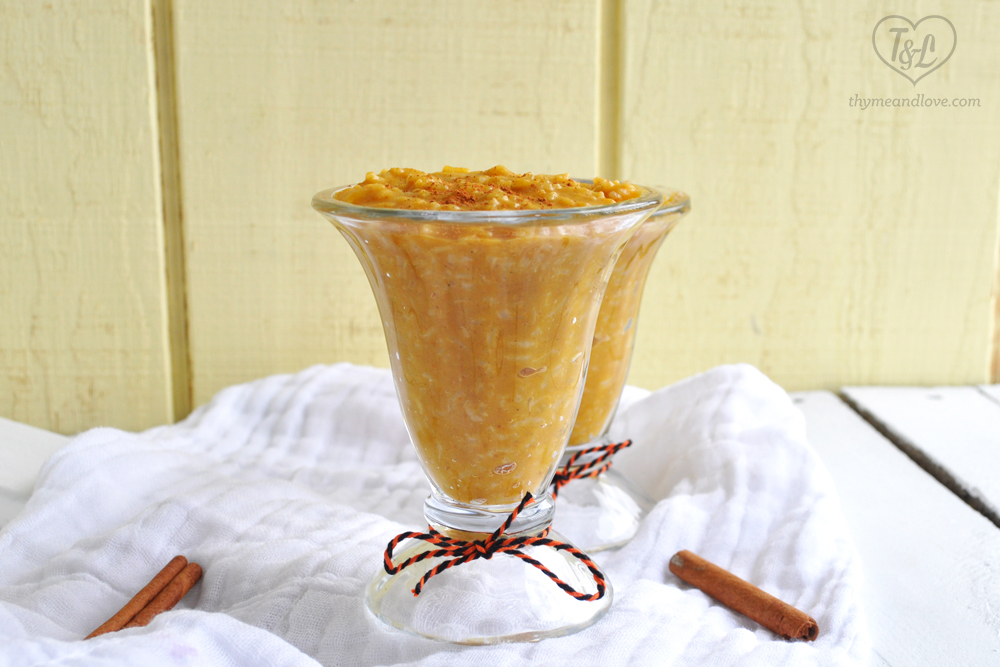 You can use your favorite non-dairy milk in this recipe. I recently discovered So Delicious Dairy Free’s new line of Almond Milk at my local grocery store. I picked up the Coconut Almond Milk Blend  to try and I must say that I was really surprised by how much I like this milk. The coconut flavor isn’t too strong and the blend of the coconut and almond paired really nicely with the pumpkin. I can’t wait to try the other new flavors!

The rice pudding isn’t too sweet, making for a great breakfast option. If you want things a little sweeter, I would imagine that serving the rice pudding with a drizzle of maple syrup would be quite delicious!

You can serve this warm or chill overnight and serve cold. I am a fan of both warm and cold. 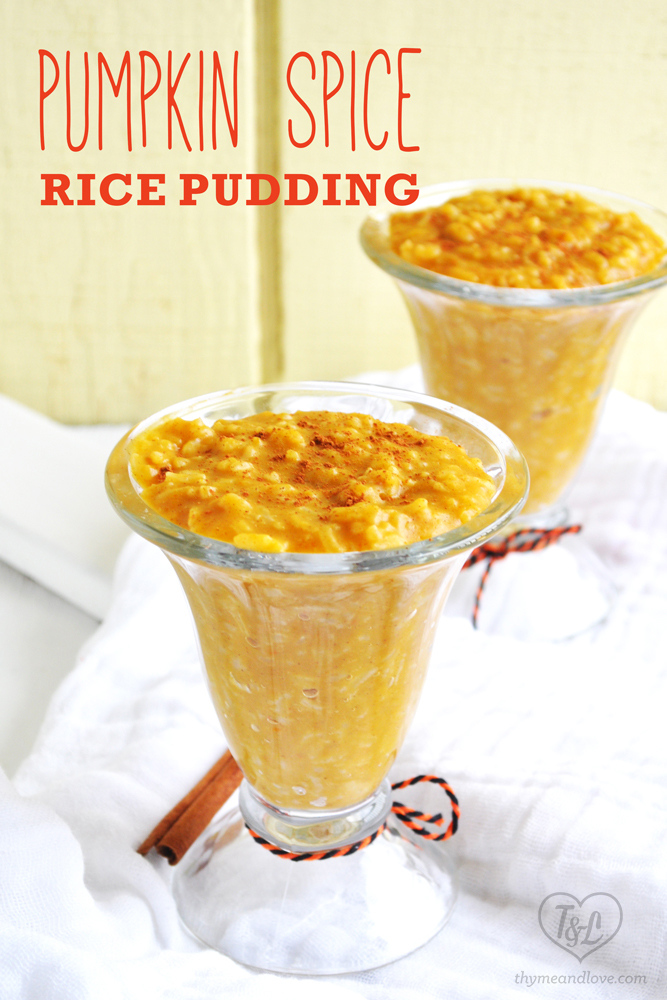 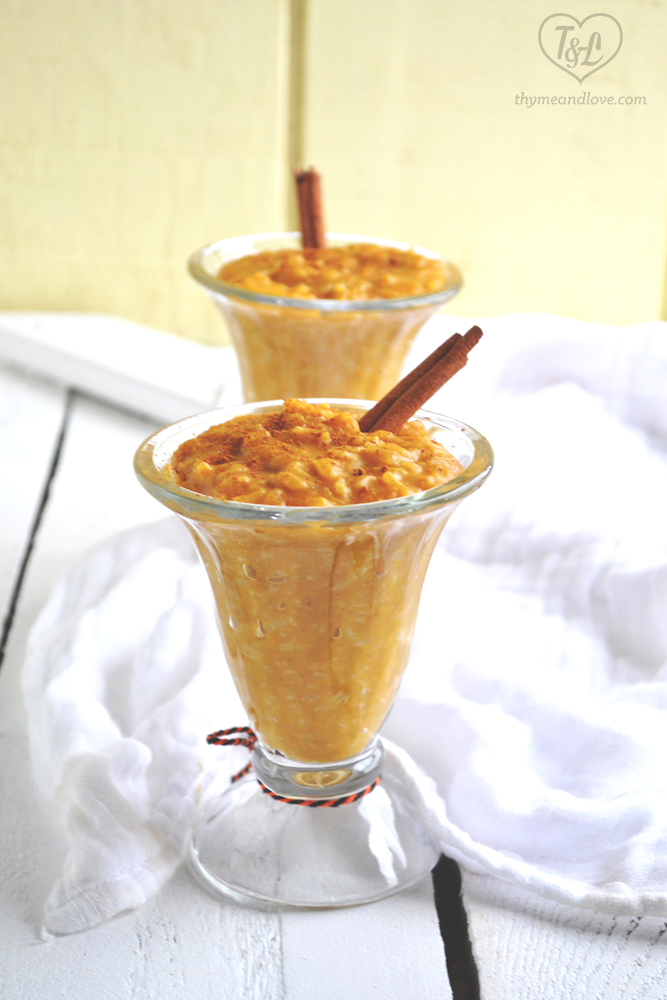 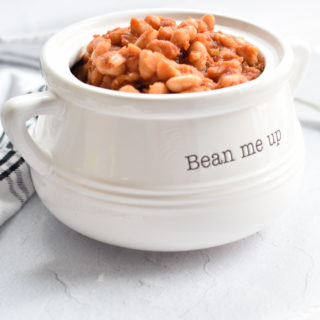 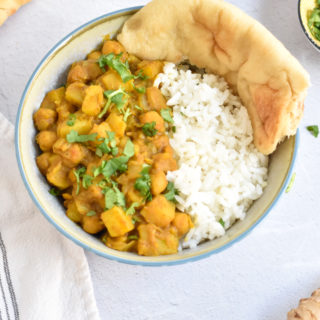