This recipe for vegan goulash is inspired by a childhood favorite pasta recipe!

As someone who eats a vegan diet, I am often asked if I miss anything from my pre-vegan days. One thing that I’ve really missed is goulash—specifically my Grandma’s goulash.

She made the best goulash. There are so many different versions of goulash; it’s also known as chop suey to some families. This Vegan Goulash is inspired by my Grandma’s recipe and I am so excited to share it with you!

If you’ve never heard of goulash before, it is a comforting pasta dish made with elbow noodles, canned tomatoes, and usually ground beef. It makes a ton and the leftovers taste great!

Over the years, I’ve tried replacing the ground beef with tofu, meatless crumbles, and lentils but it just didn’t taste like the goulash I grew up eating. I recently tried making goulash with the ground Beyond Beef and it was a great success!

The Beyond Beef is the perfect meat replacement for goulash. I know that it can be a little on the pricer side, but it is definitely worth it!

Many American goulash recipes don’t call for the addition of paprika. I remember my Grandma adding paprika to her goulash. I think that she kept a jar just to make goulash. Now, my mom thinks that she didn’t and doesn’t add any when she makes it.

Some recipes add soy sauce or worcestershire. You can add a tablespoon of either sauce to the goulash if you’d like. I prefer to make the goulash without adding them.

My grandma always used the large elbow macaroni pasta when she made her goulash. I’ve made the goulash with the regular sized elbows and that works great too.

This recipe makes a lot. Perfect for feeding a large group of people! The leftovers taste really delicious too!

I hope that your family enjoys this vegan take on a Midwest old fashioned recipe! 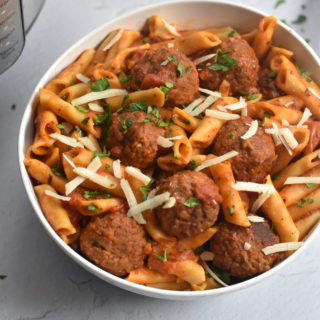