Vegan Mexican Bacalao is inspired by the traditional Bacalao served during Christmas. 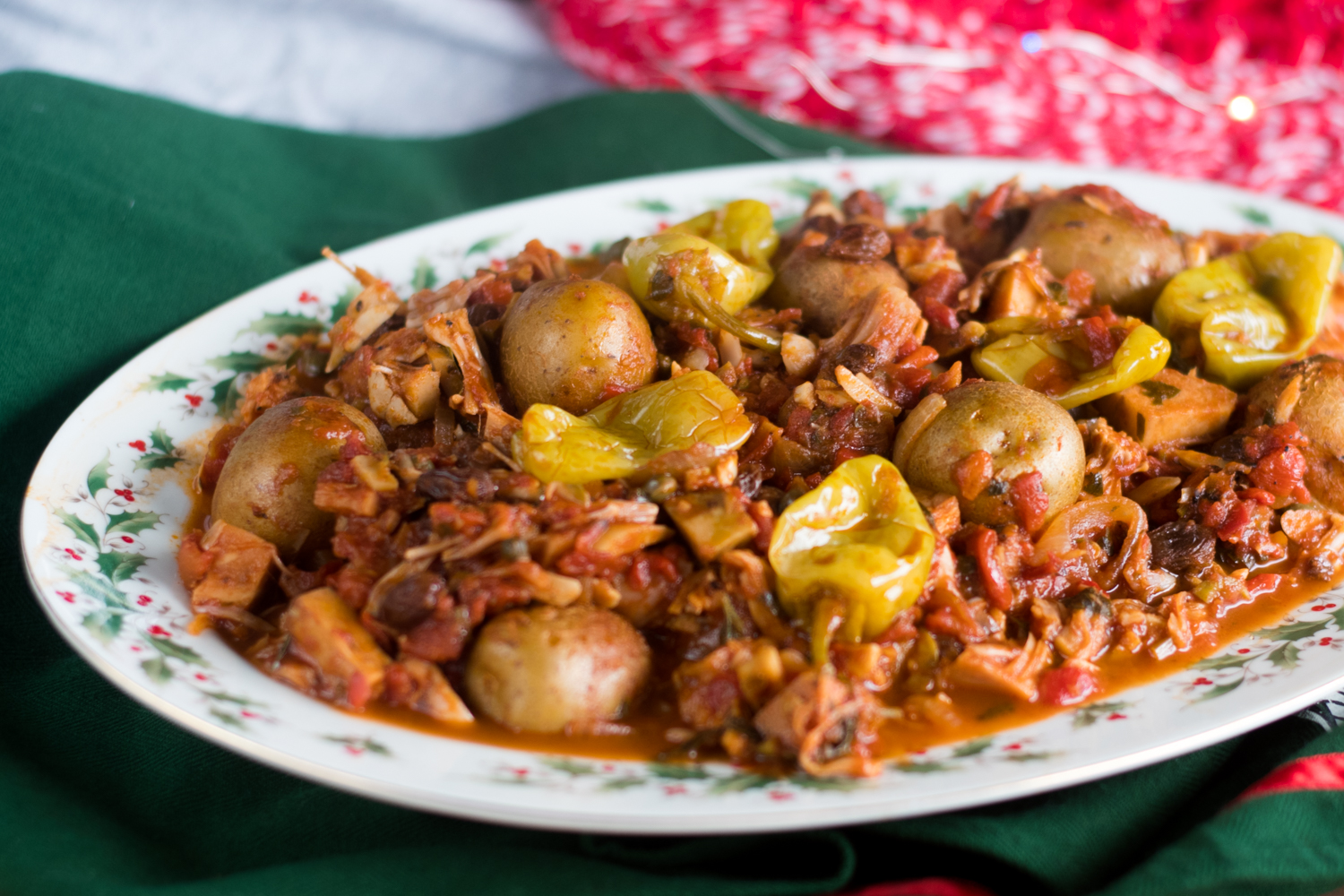 The first time that I heard of bacalao was on my first trip to Mexico City.

When Hector's family was preparing dinner on Christmas eve, I noticed that they were making something very usual to me: Bacalao a la Vizcaína.

Bacalao is dried salted cod that is sold all over Mexico during Christmas time. Bacalao a la Vizcaína is a traditional dish with Spanish origins.

The original Spanish recipe was adapted by the early Spanish settlers. They adapted the recipe to include local Mexican ingredients.

I have adapted the traditional Mexican Bacalao a la Vizcaína  and created a vegan version that is completely fish free!

Instead of using dried salted cod, jackfruit is used. The jackfruit simmers in a rich, flavorful tomato sauce.

The Spanish influence can be seen with additional of olives, capers, and roasted red peppers.

Traditionally, pickled chile gueros are used; however, finding these peppers outside of Mexico can be difficult.

You can use pepperoncini peppers instead, which can be found easily. This Vegan Mexican Bacalao is a little bit salty and sweet from the raisins.

The brininess of the capers add a fishlike element to the stew. If you want the stew to be fishier, you can add kelp. 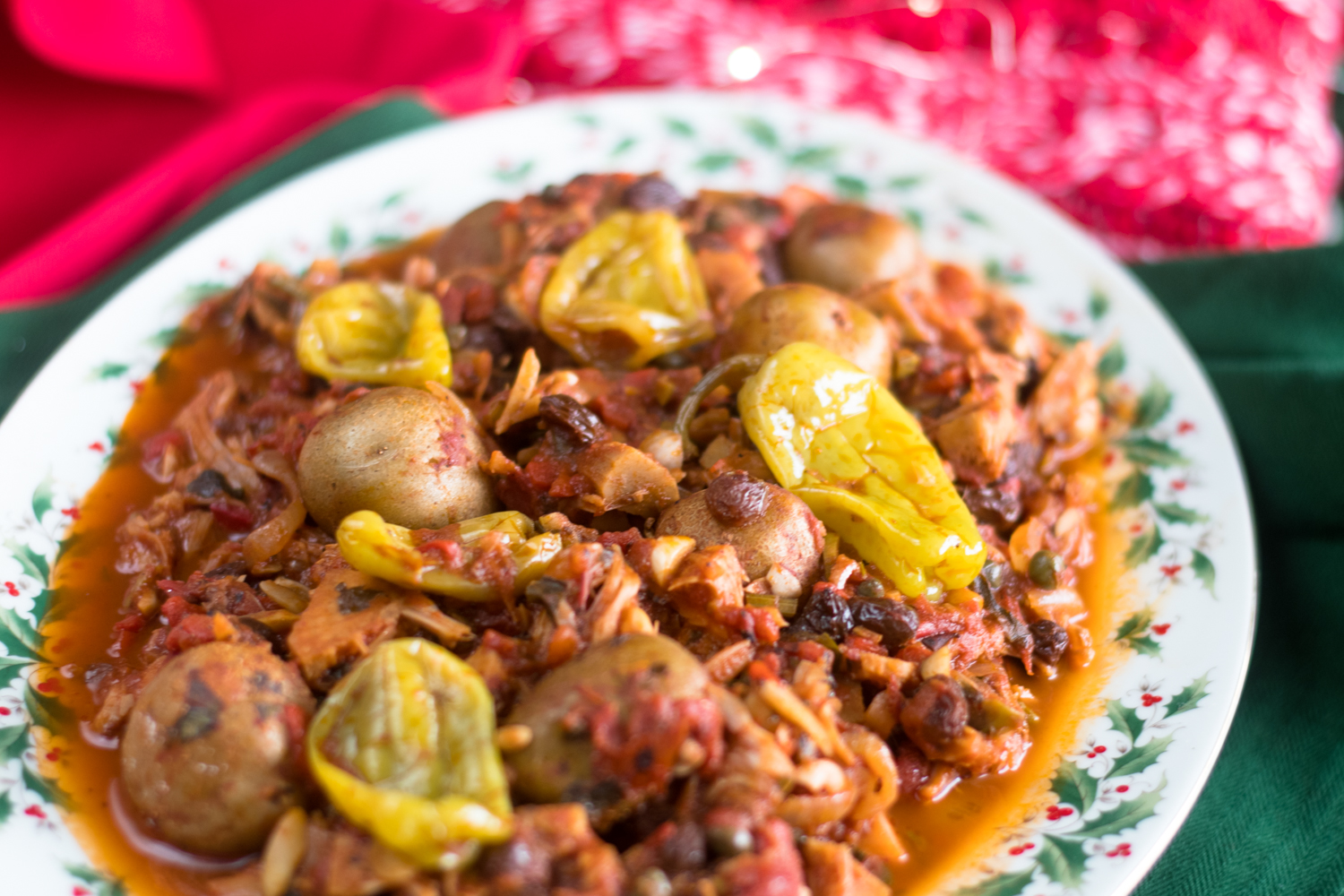 This Vegan Mexican Bacalao is a hearty stew perfect for the holidays.

Can Balcalao be made ahead of time?

Yes! It also tastes great the next day since all the flavors have time to fully come together.

what to serve with bacalao

If you would like, you can serve crusty French bread with the stew. The bread is perfect accompaniment to the bread!

I like to serve this with a salad on the side. My Mexican Christmas Eve Salad would be perfect for a Christmas dinner. 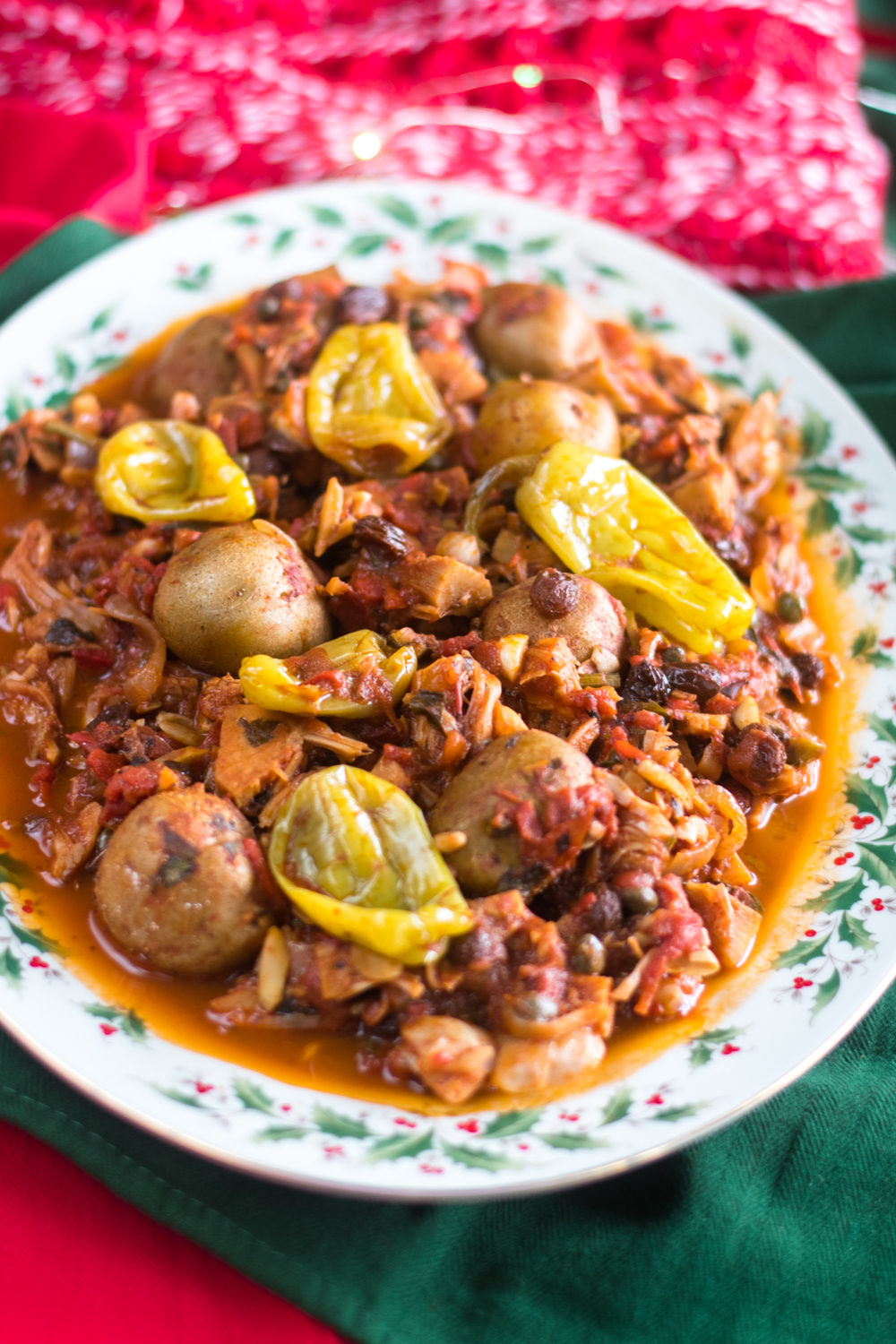 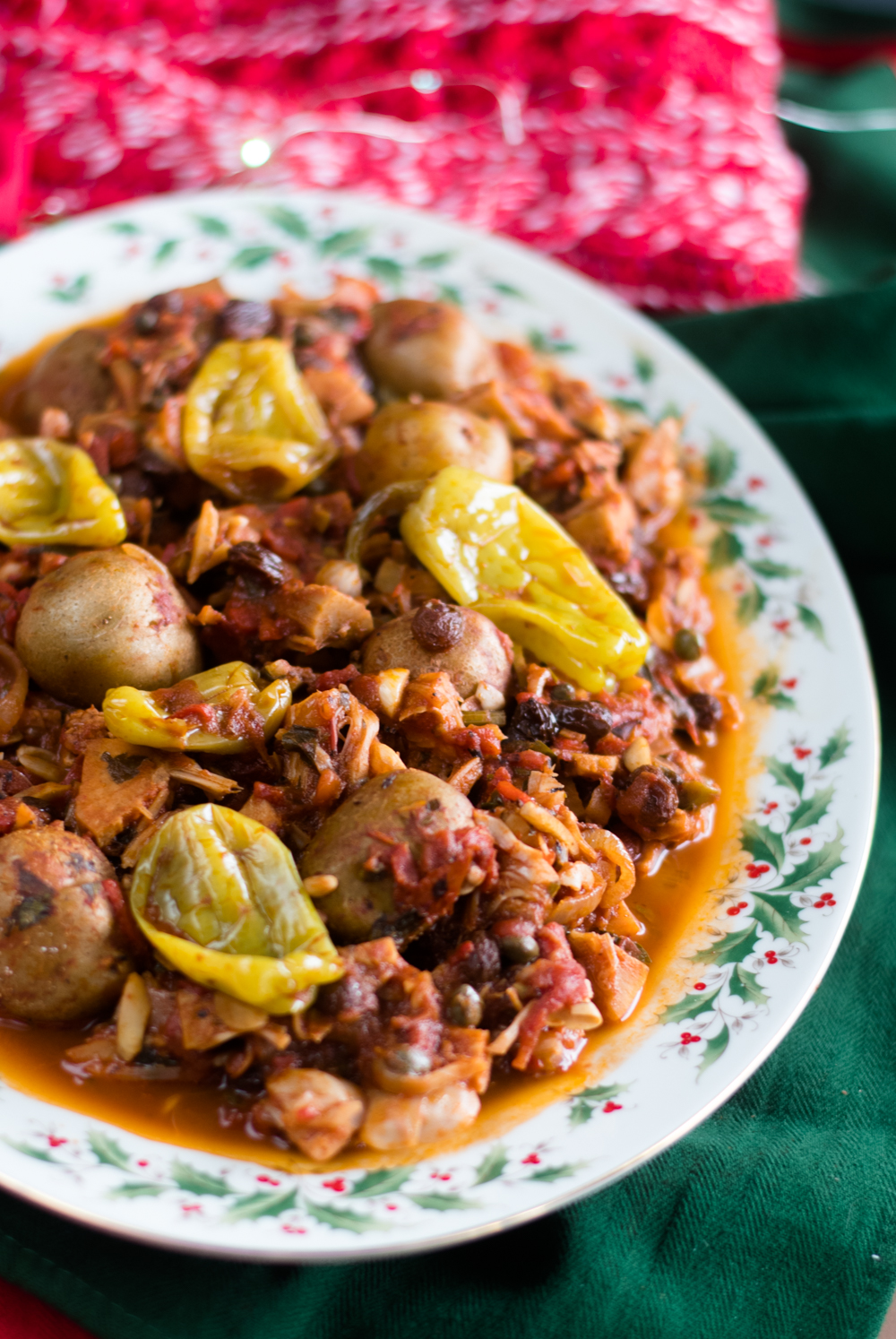