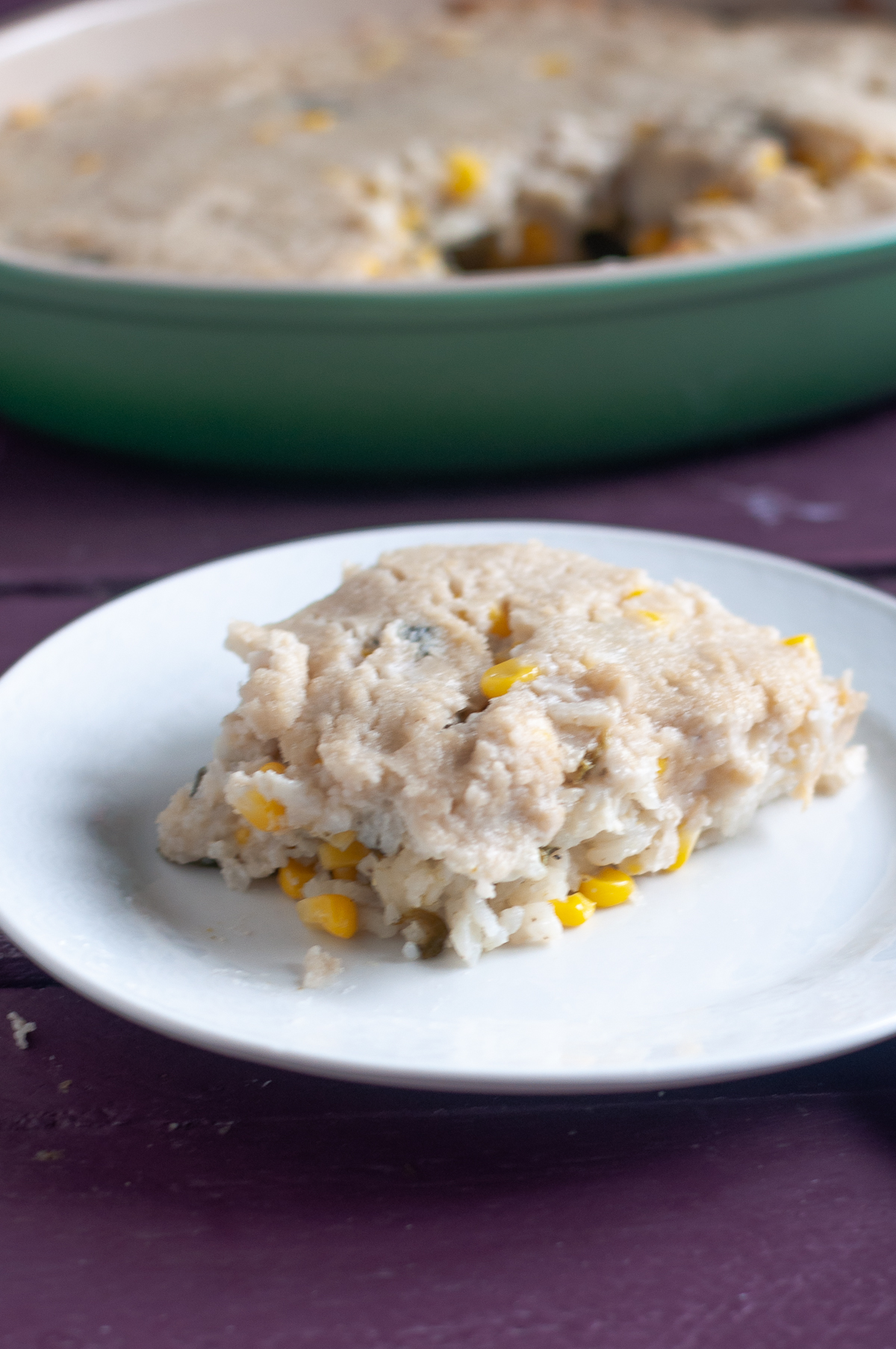 Warm, cozy casseroles have a special place in my Midwestern heart. I grew up eating lots of casseroles. Broccoli and Cheese Casserole and Green Bean Bake were two staples growing up. 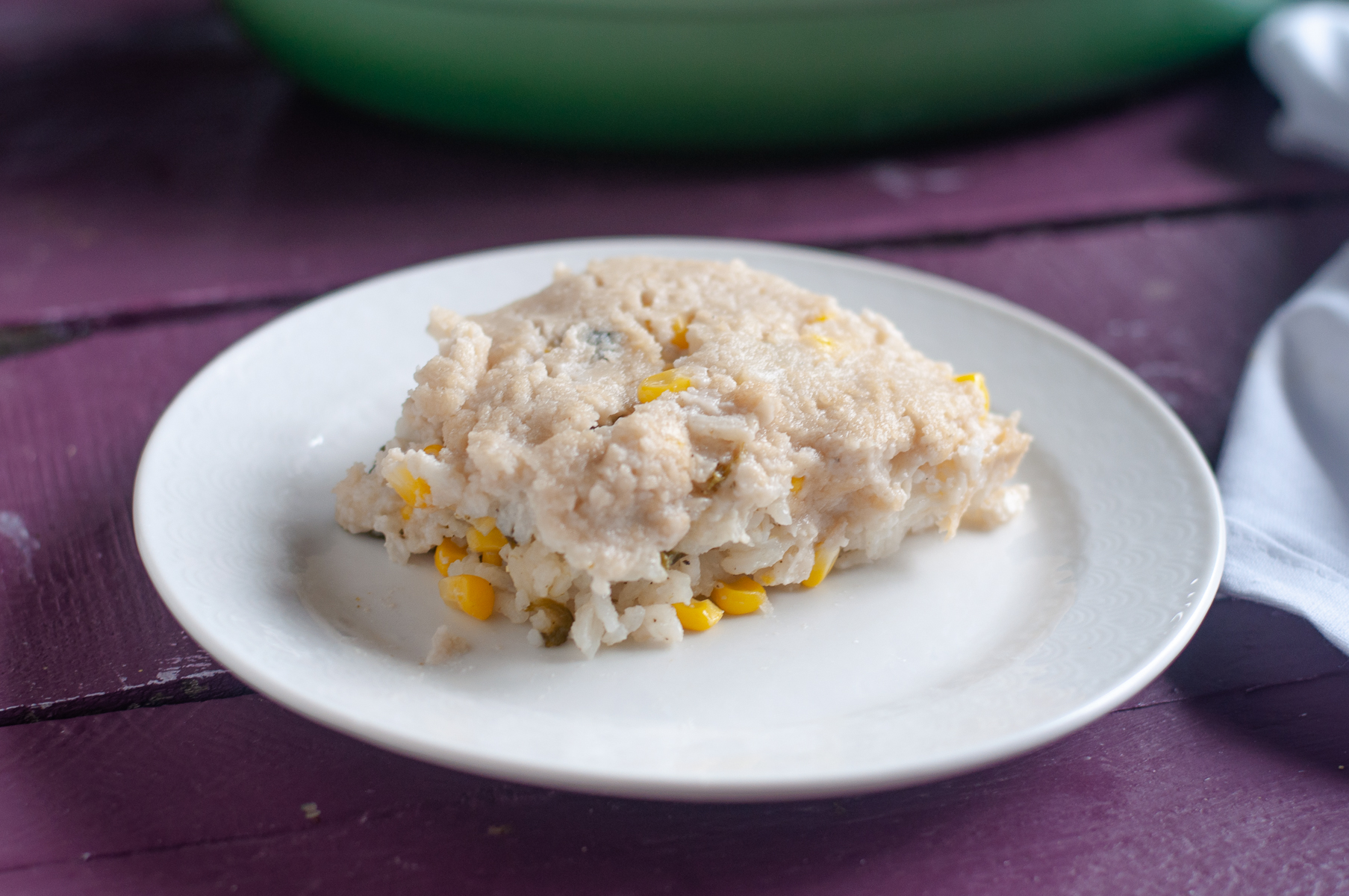 After becoming Vegan almost a decade ago, casseroles were a very rare appearance on my dinner table. This year I wanted to create Vegan casseroles that were worthy enough of becoming family favorites that would make regular appearances on the dinner table.

I have a good feeling that this Cheesy Vegan Mexican Rice Casserole will soon become a staple.The casserole starts with simply steaming some white rice.

After the rice is cooked, roasted poblano peppers and corn are mixed into the rice. 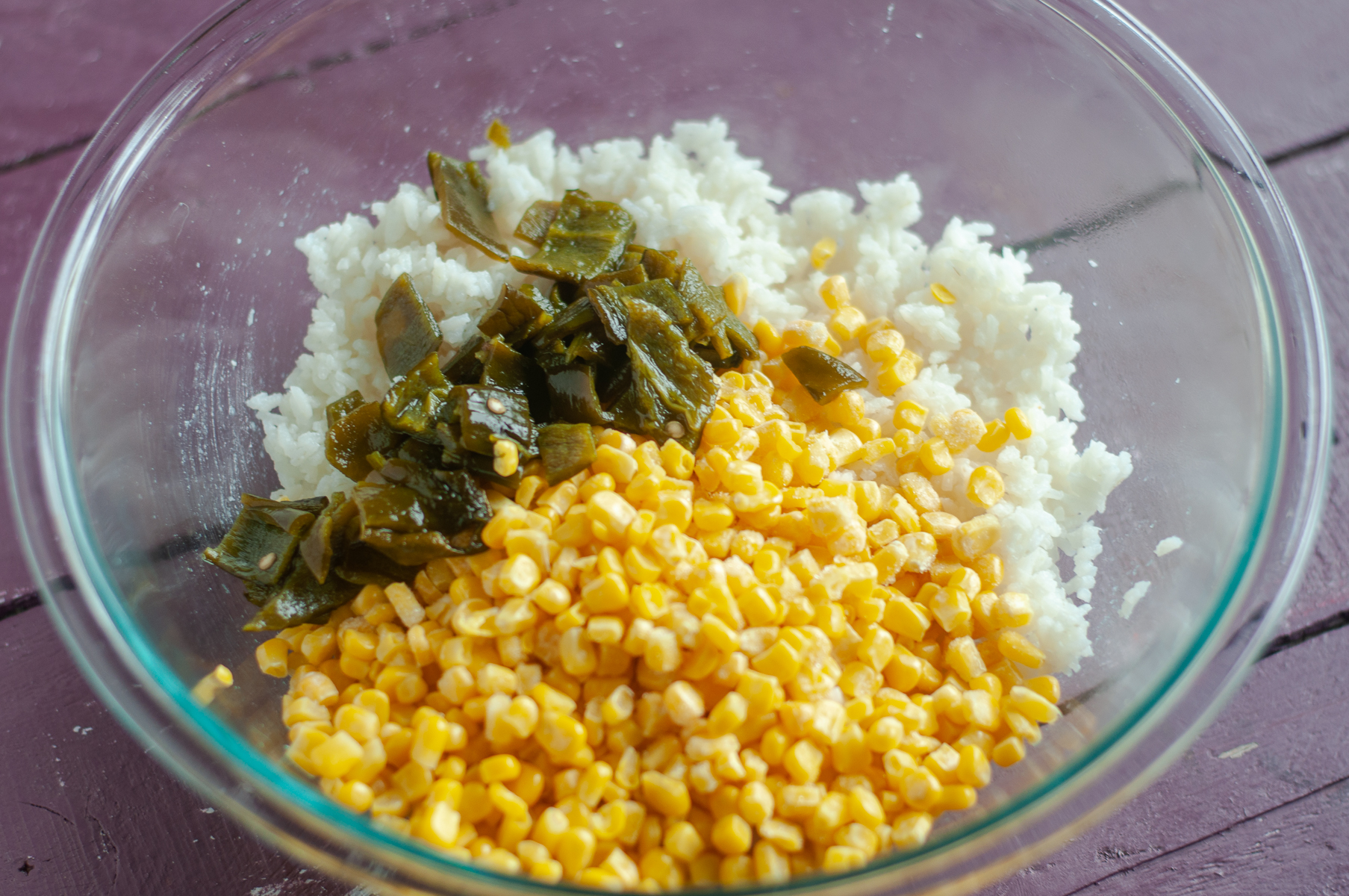 The rice mixture is poured into a casserole dish and then is topped with some Vegan cheesy goodness. 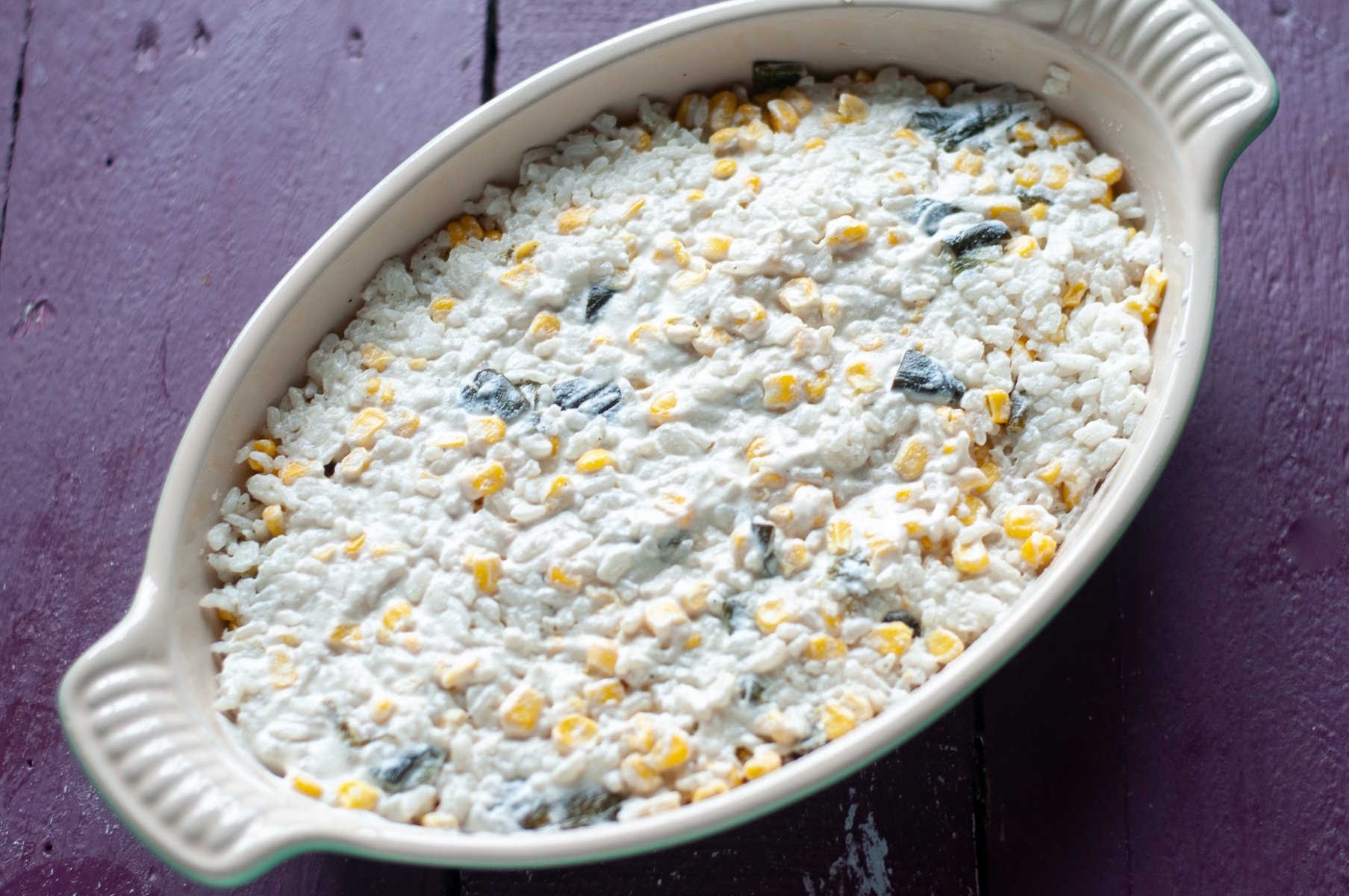 A layer of my Basic Cashew Crema is spread over the rice. It is common to spread a layer of Mexican crema over a baked rice dish in Mexico. I learned this technique when I was living in Mexico City.

Now comes the cheesy part, the Vegan Mozzarella Cheese. For this recipe I used the Fresh VeganMozz from Miyoko's Kitchen. 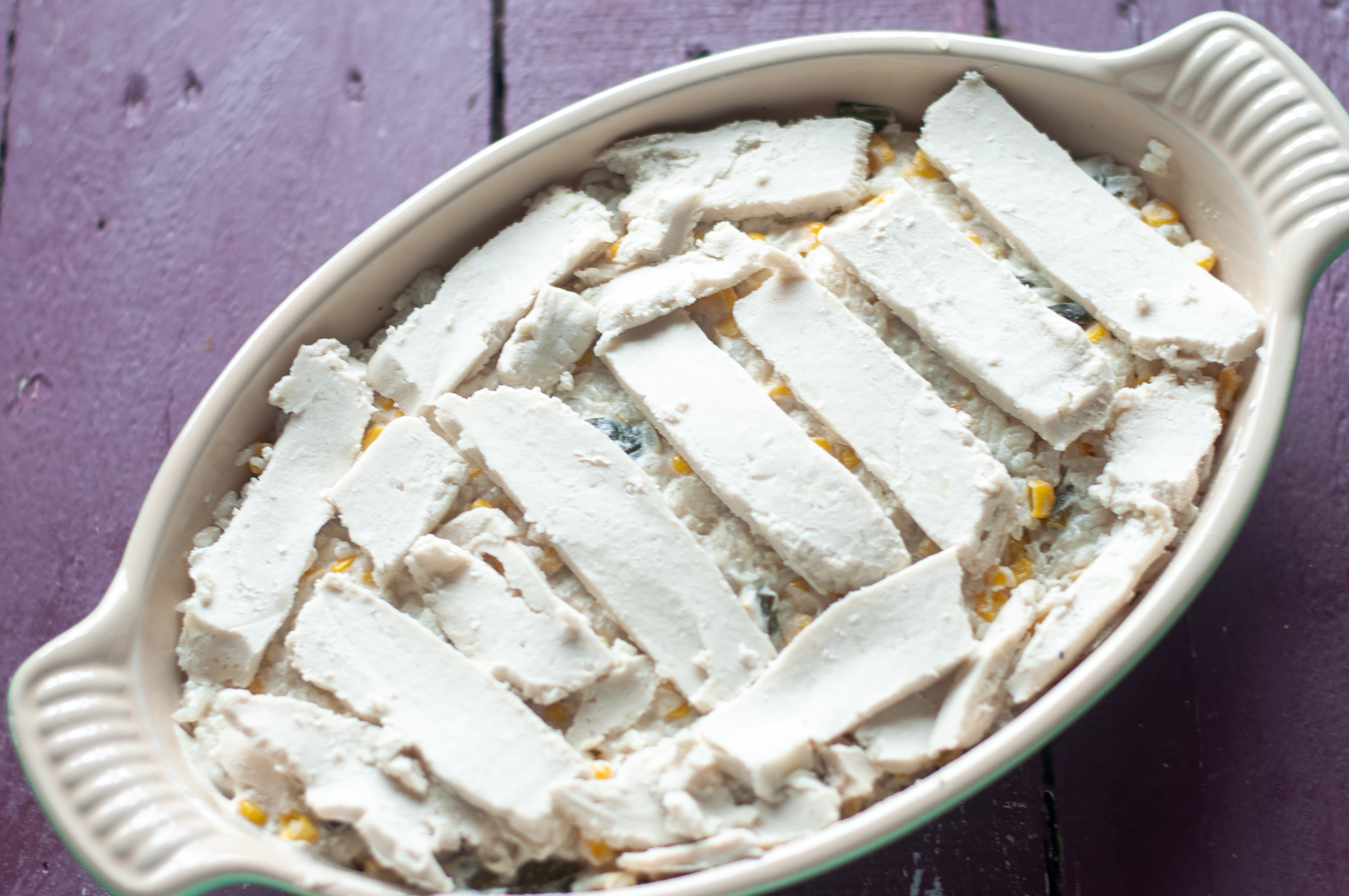 I thinly sliced the cheese and placed it over the crema. The casserole goes into the oven until all the cheese has melted.

If you are using a Vegan shredded mozzarella cheese it probably won't take as long to melt. 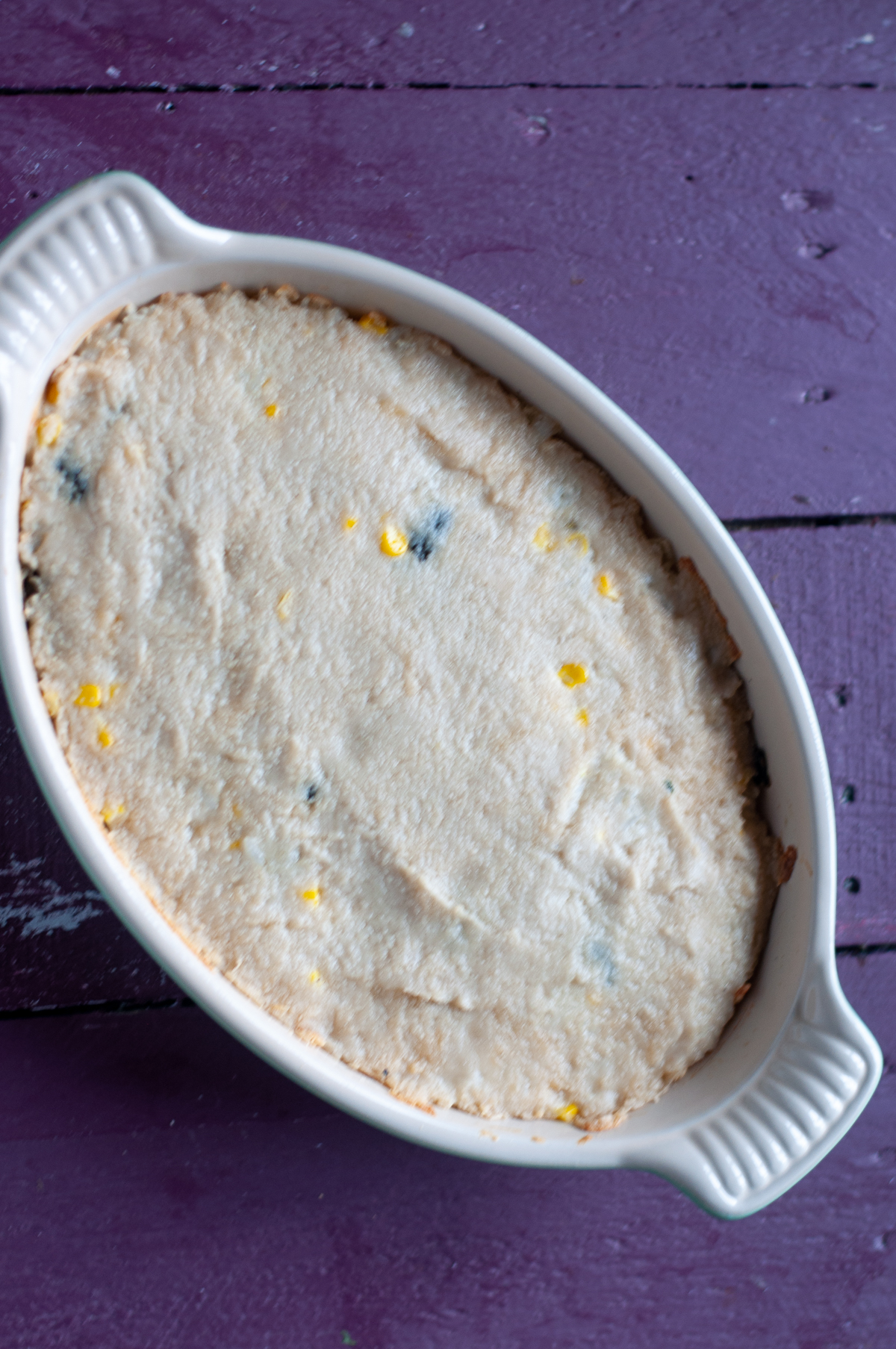 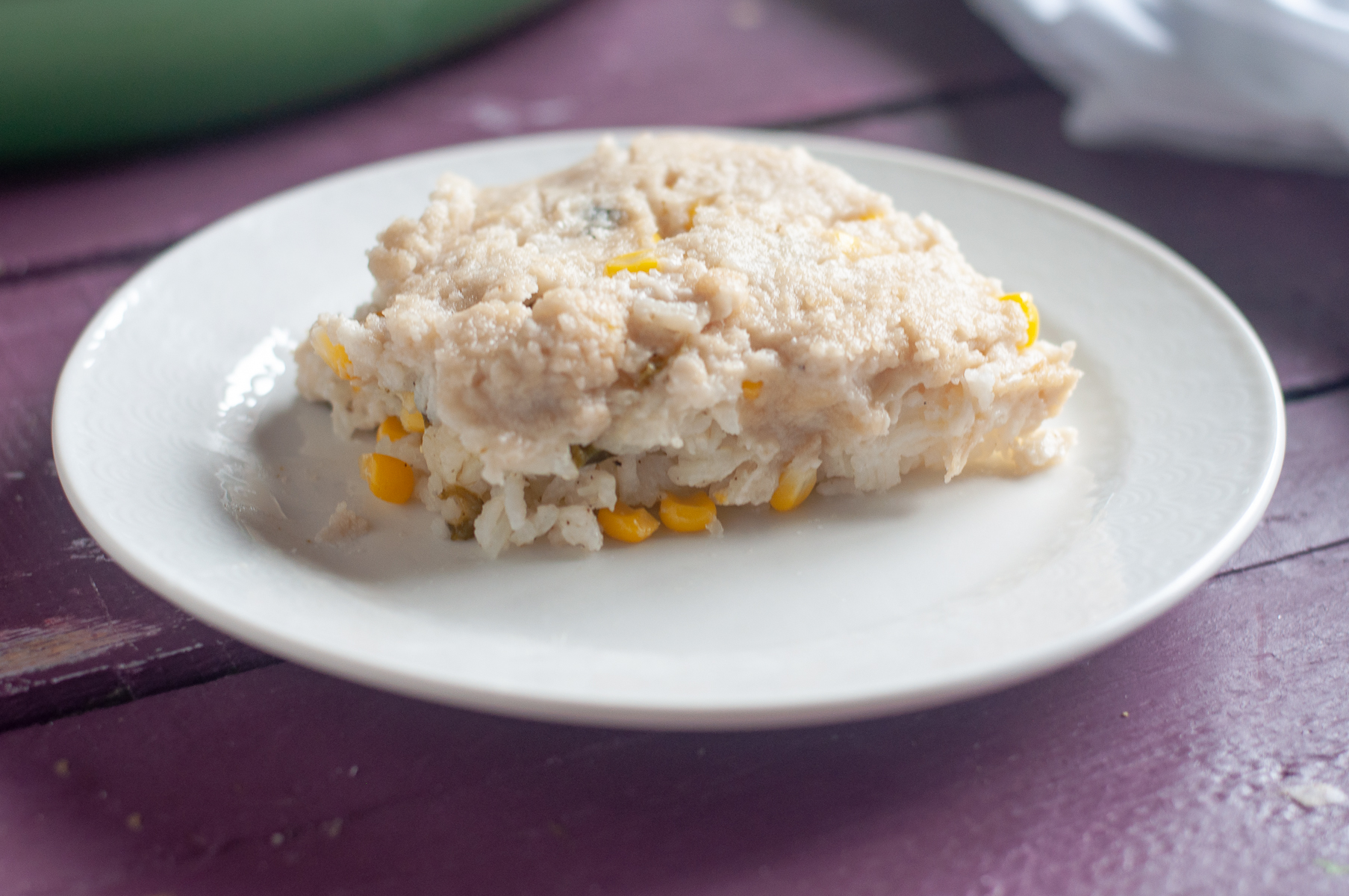