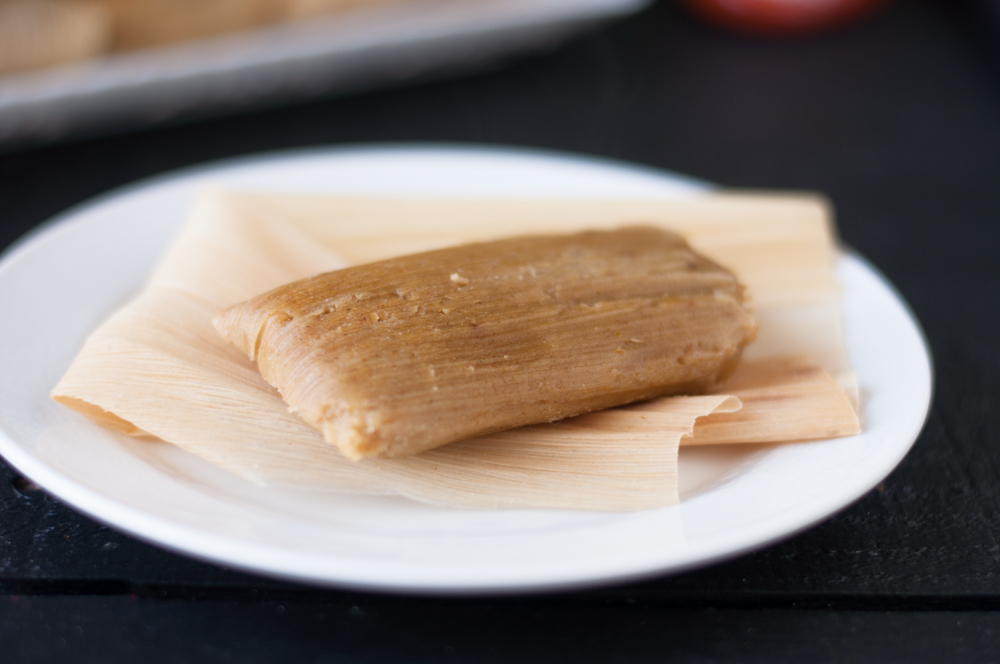 Making tamales might seem like a daunting task that takes too much time to prep and assemble. Or Maybe you've never worked with masa dough before. No worries. This recipe for Pumpkin Pie Tamales is simple and easy to make, even if you've never made tamales before.

You will need to set aside a few hours for the recipe, but at the end of day you'll have a batch of Pumpkin Pie Tamales to enjoy.

The first step is rehydrate your corn husks. I usually buy my husks at my local Hispanic grocery store, but I have seen them at my local supermarket too. They need to be cleaned and soaked in hot water until soft and pliable, at least 30 minutes but preferably 1-2 hours. 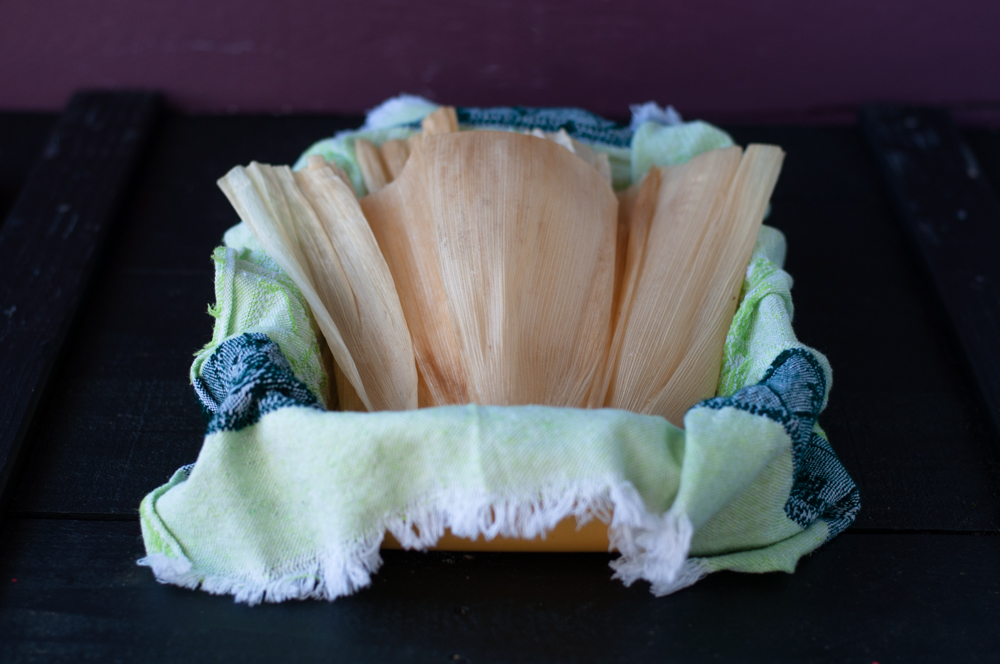 When the husks are almost done soaking, this is when I like to start the dough.

The dough starts off with a masa base that's sweetened with brown sugar and traditional pumpkin pie spices amp up the flavor. Instead of using vegan butter for the recipe, I used melted and cooled unrefined coconut oil.

After the dough is done, it's time to assemble to tamales. There are four main steps in the assembling process.

These Pumpkin Pie Tamales aren't stuffed with a filling, making them even easier to assemble.

After all the tamales are assembled, they steam in a tamale pot or large steamer pot for about 1-2 hours. That's it!

When the tamales pull way from the corn husks and feel firm, they are done. I like to let them cool for 15 minutes before serving. 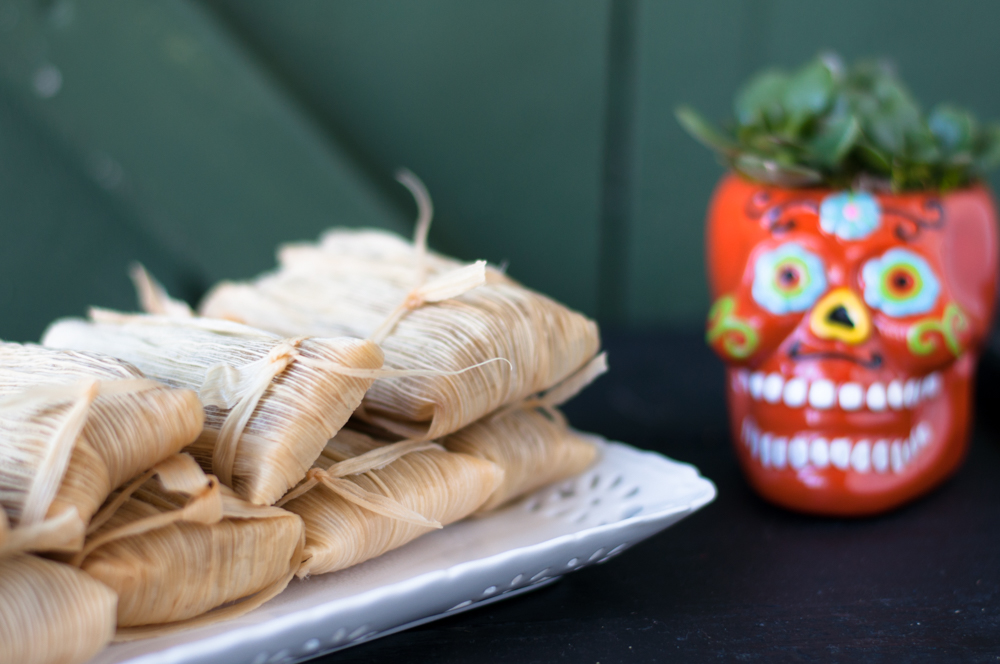 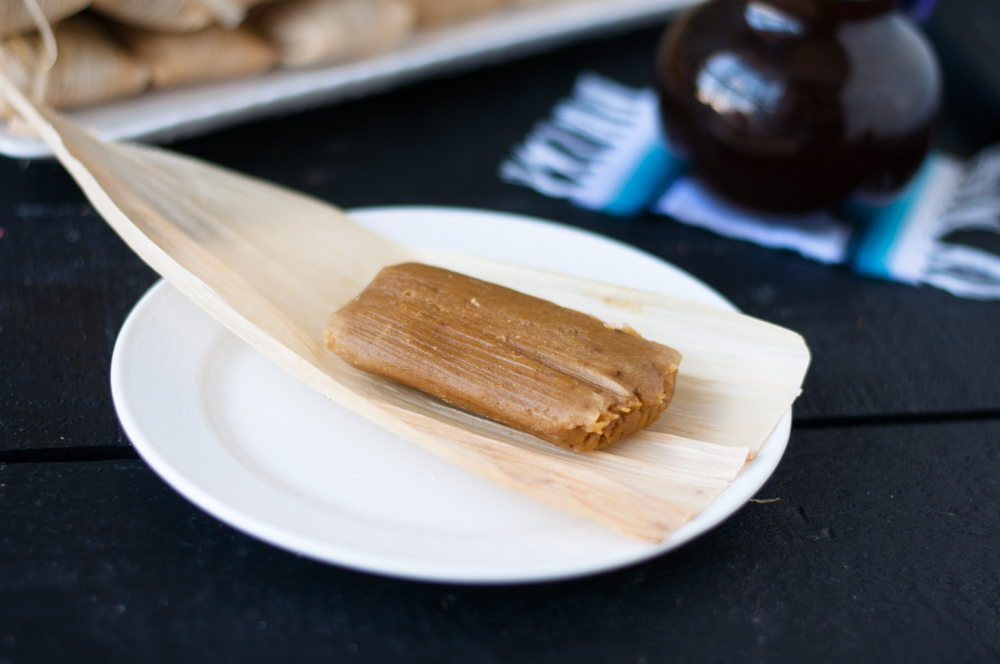 You can serve these tamales just by themselves, but I love serving them with the warm piloncillo syrup that I shared earlier this week. Or a drizzle of warm maple syrup would be delicious.

I would also imagine that some coconut whipped cream would be nice to serve along side if you are a big of of whipped topping on your pumpkin pie. 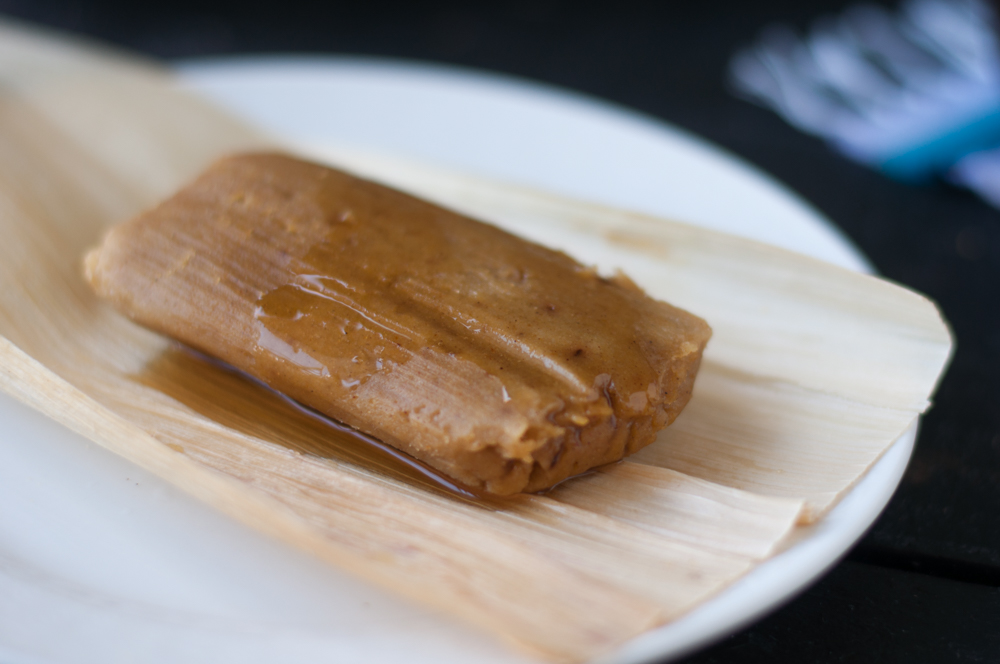 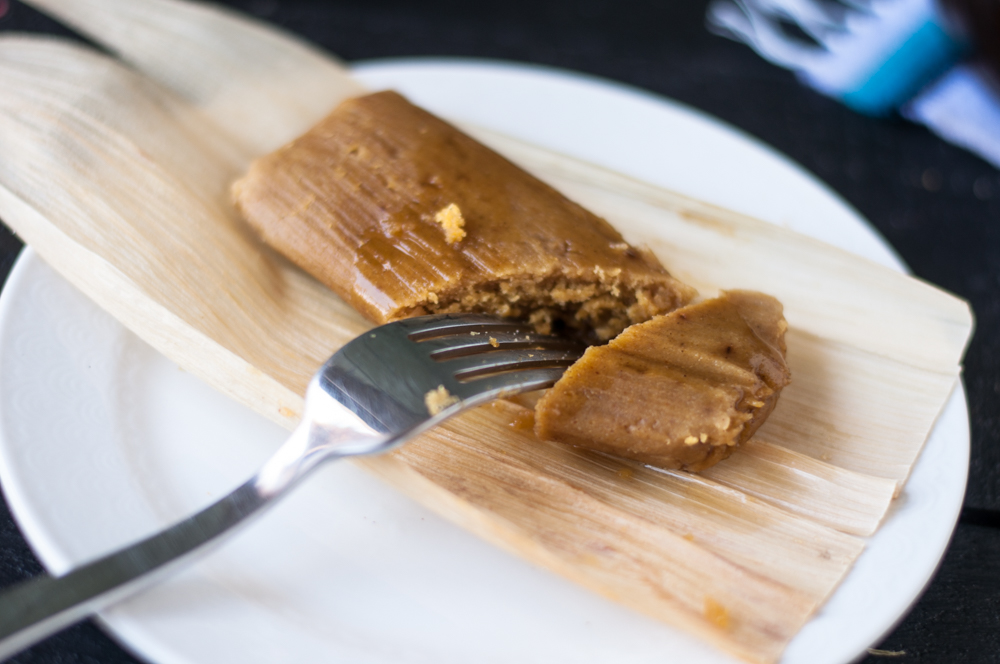 Since I just made these for me and my husband, I froze the majority of them. Tamales freeze really well and can be reheated while still frozen. If you love pumpkin pie and love sweet tamales, I hope that you'll give these fall inspired sweet tamales a try! 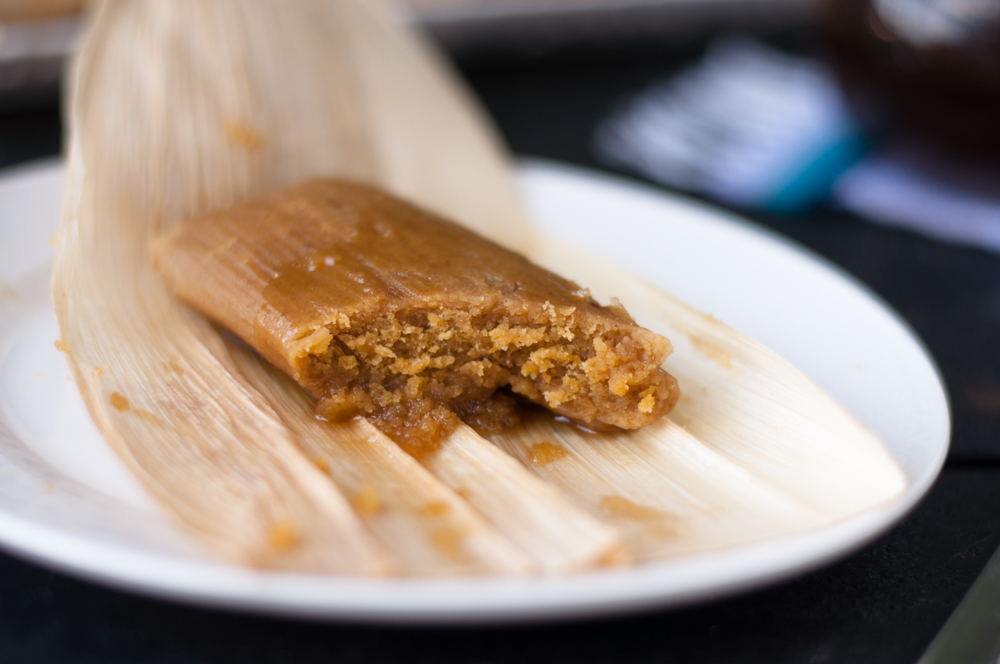 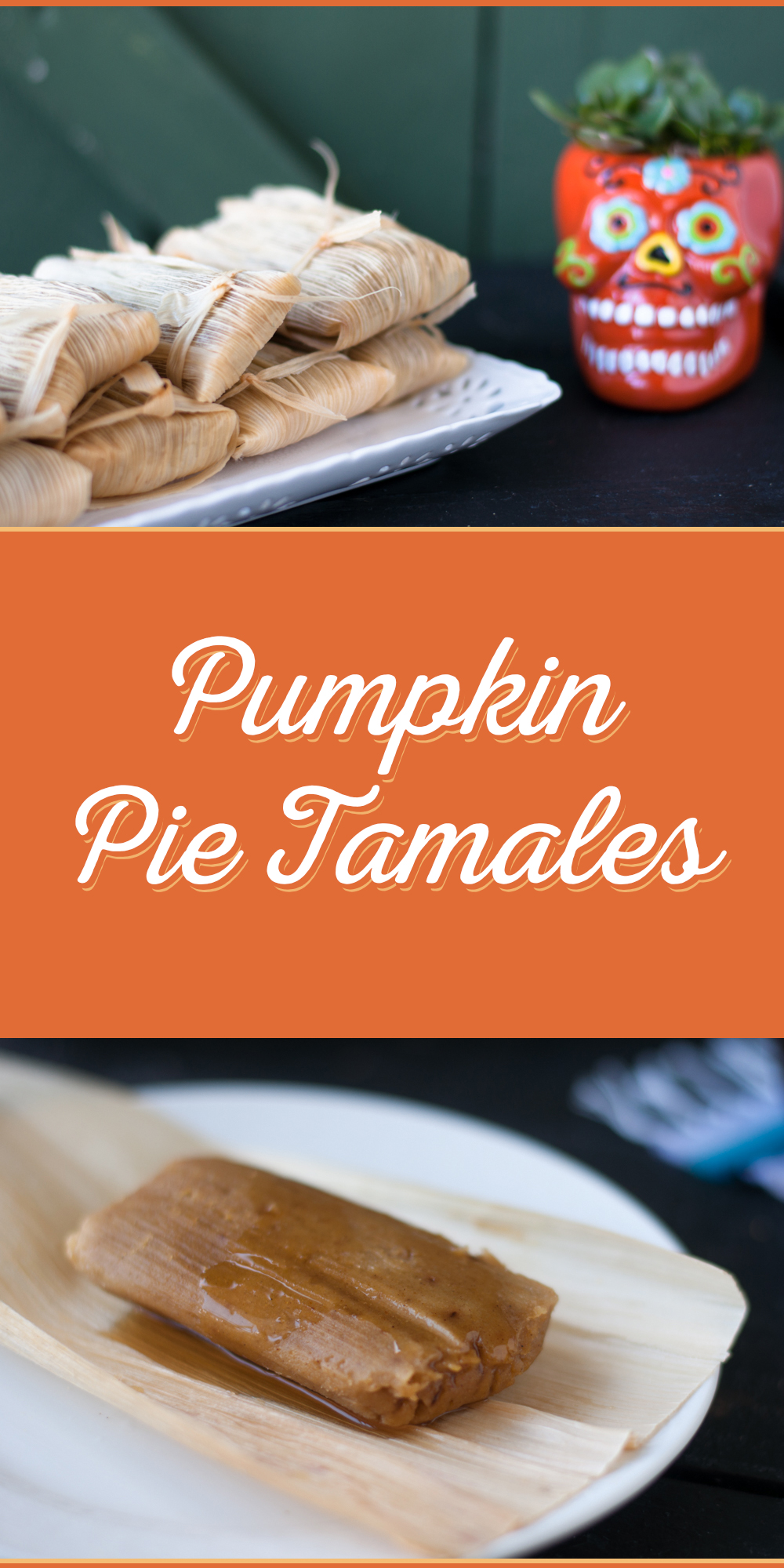