I used to never be a creamy, pureed soup type of person. I just never craved soups and I probably only had soup a few times a year. I know, crazy right? My husband on the other hand loves soups. He could eat them every day. Over the years, he has been a great influence on the recipes that I make. There are just certain things that he will not eat, but soup is something that he will always eat and ask for. I think the he has slowly converted me over to a soup fan, especially rich and creamy soups like this Potato Soup with Avocado that I am sharing with you today.

You might have noticed that I have been sharing more soup recipes with you lately because over the past few months I have officially became a soup fanatic and I simply just can't get enough! 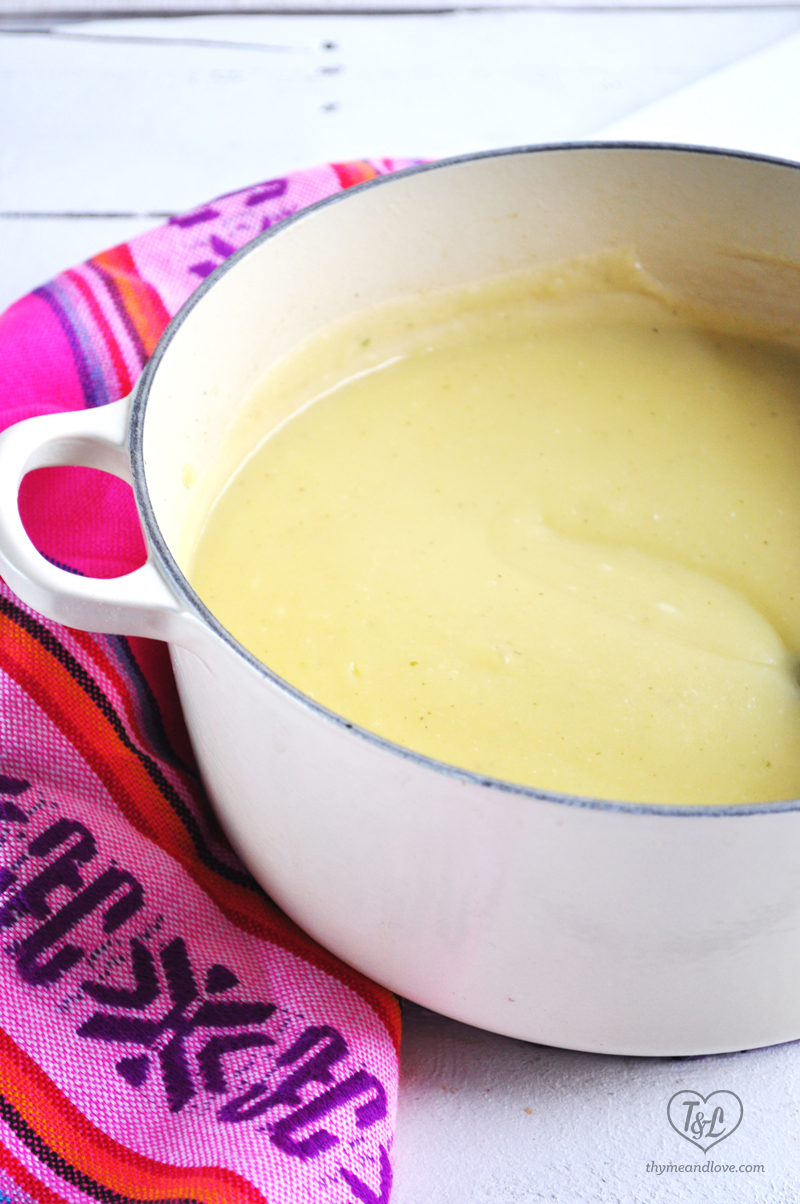 My dear friend from Venezuela taught me a little trick when making vegetable-based soups. She adds a few sprigs of cilantro to the soups as it cooks. After the soup is cooked, she removes the cilantro sprigs and throws them out. The cilantro will turn your soup bitter if you don't remove it before blending. Using the cilantro helps to transform this ordinary creamy potato soup into a Latin inspired soup. 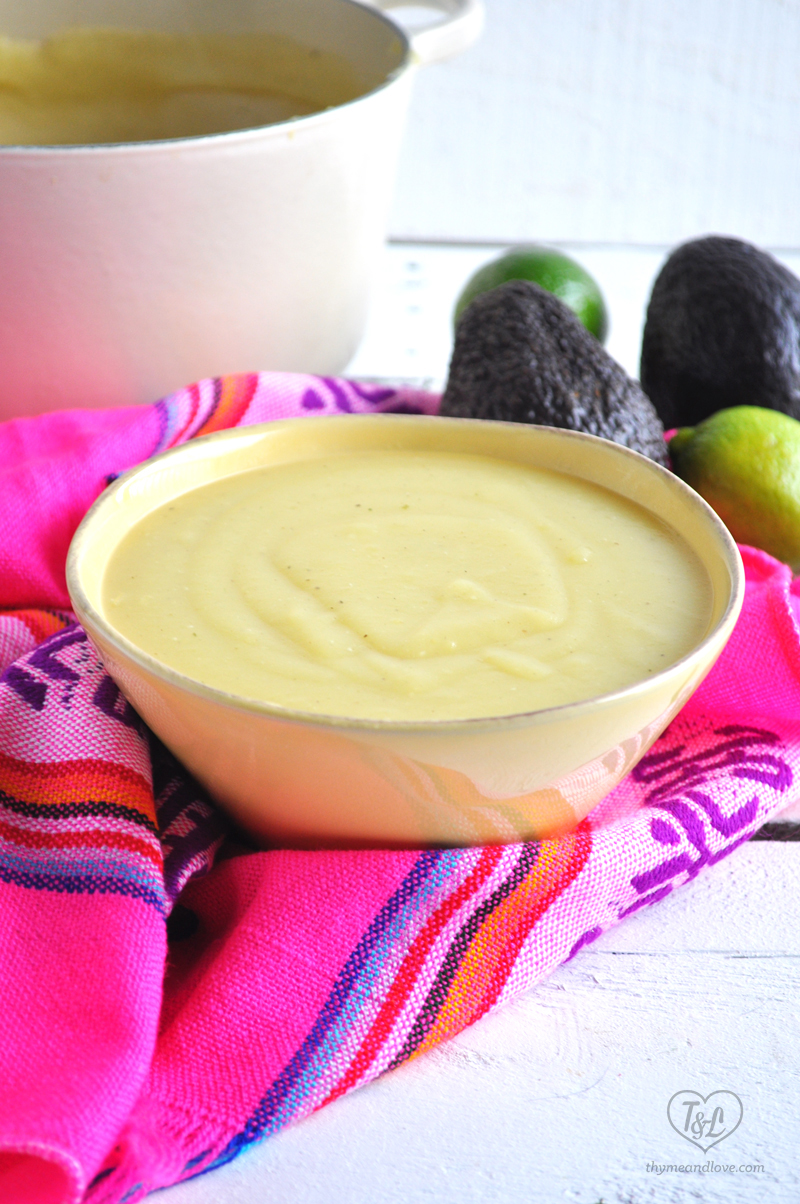 After the potatoes are tender and the cilantro is removed, the soup gets pureed. You can use an immersion blender if you have one or you can use a blender. If you are using a blender, you might have to blend the soup into two batches.

When you are ready to serve the soup, freshly squeezed lime juice is added. I think that the lime juice really makes this soup something special. Fresh lime juice just brightens up the soup and I just love it! Rich, buttery avocado slices are the main garnish for the soup and really take this soup to the next level. 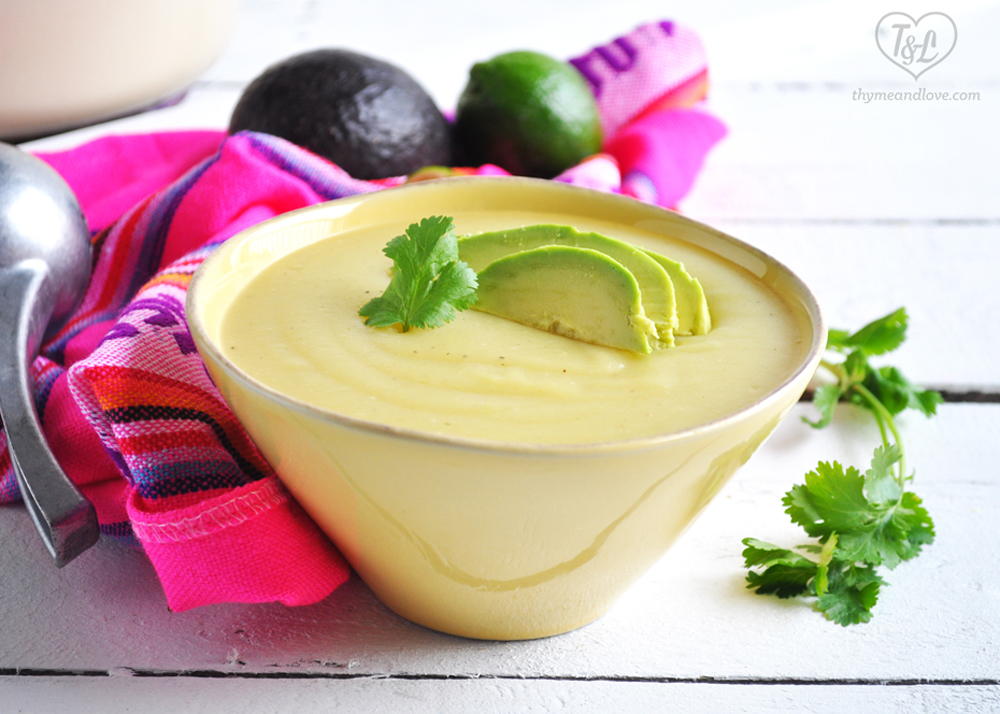 If you make this recipe, be sure to comment or tag #thymeandlove on Instagram letting us know! We love to see your photos! 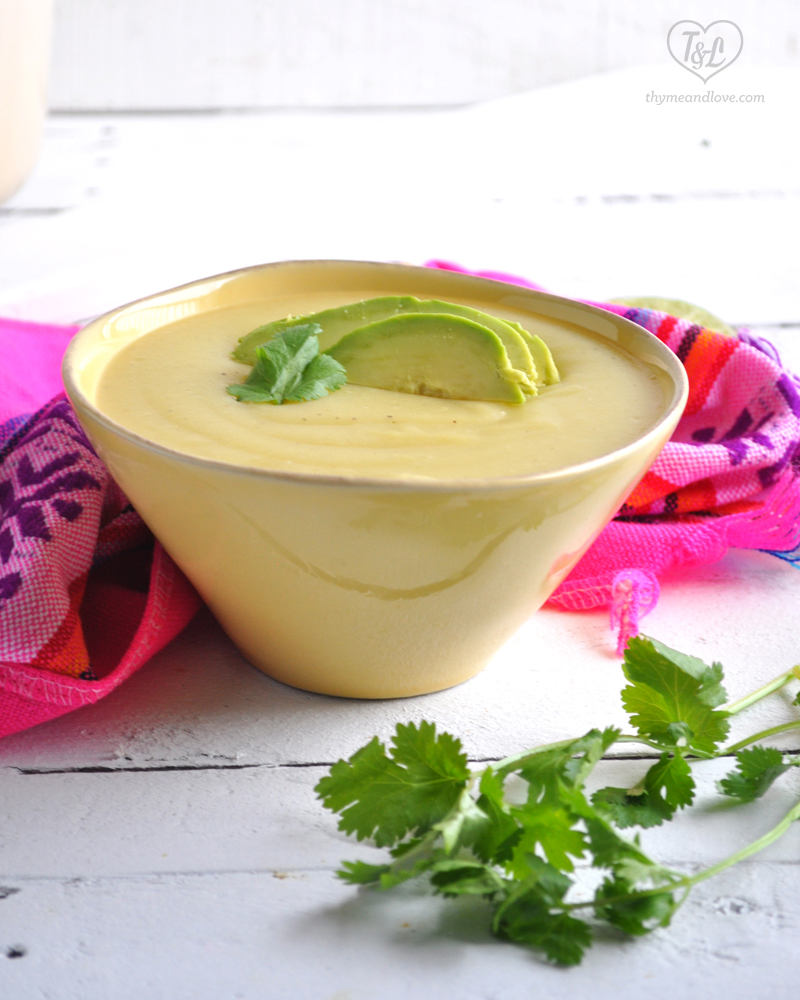