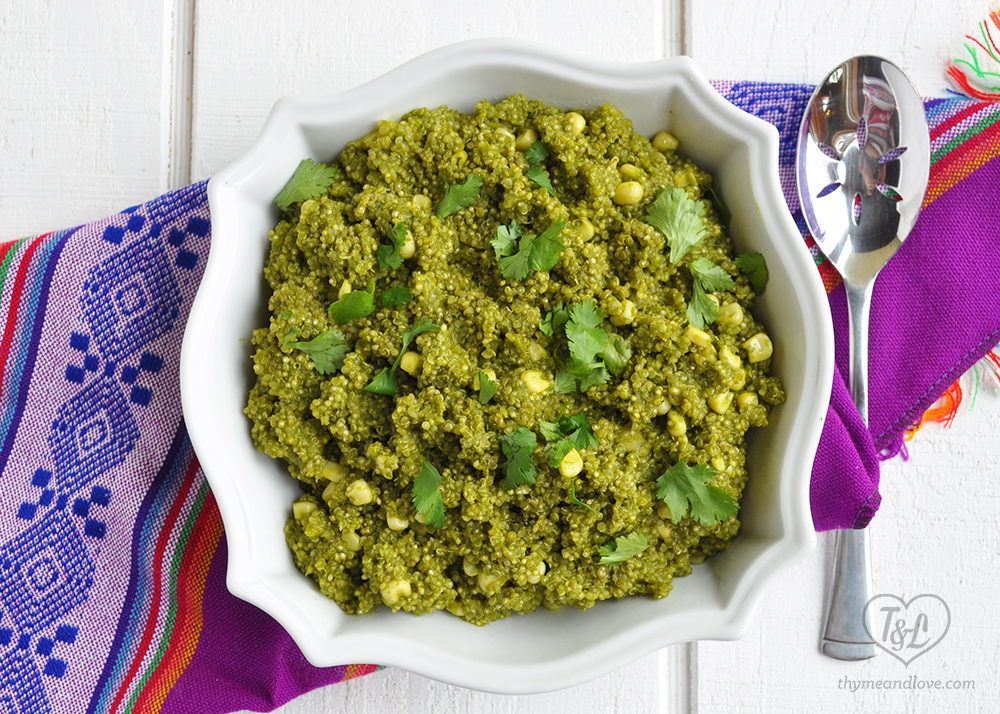 When I was in Mexico, I was surprised to see quinoa being sold at different stores and markets. Now, I will admit that it was pretty expensive as far as quinoa goes; definitely not an everyday ingredient to use like rice.  Quinoa definitely isn't a traditional Mexican ingredient; however, it makes a great stand-in for traditional rice.

I was inspired by the availability of quinoa in Mexico City to create  a quinoa recipe based on traditional Mexican recipes. I cook the quinoa in the same way that I would if I was making arroz verde. The quinoa is toasted in a little bit of oil before the puree of spinach, poblano peppers, cilantro, and garlic is added. My favorite part of making arroz verde or Mexican Green Quinoa is that you are able to sneak in some green vegetables. If you have picky eaters who turn their head away from leafy greens and salads, this is a great side dish to serve. 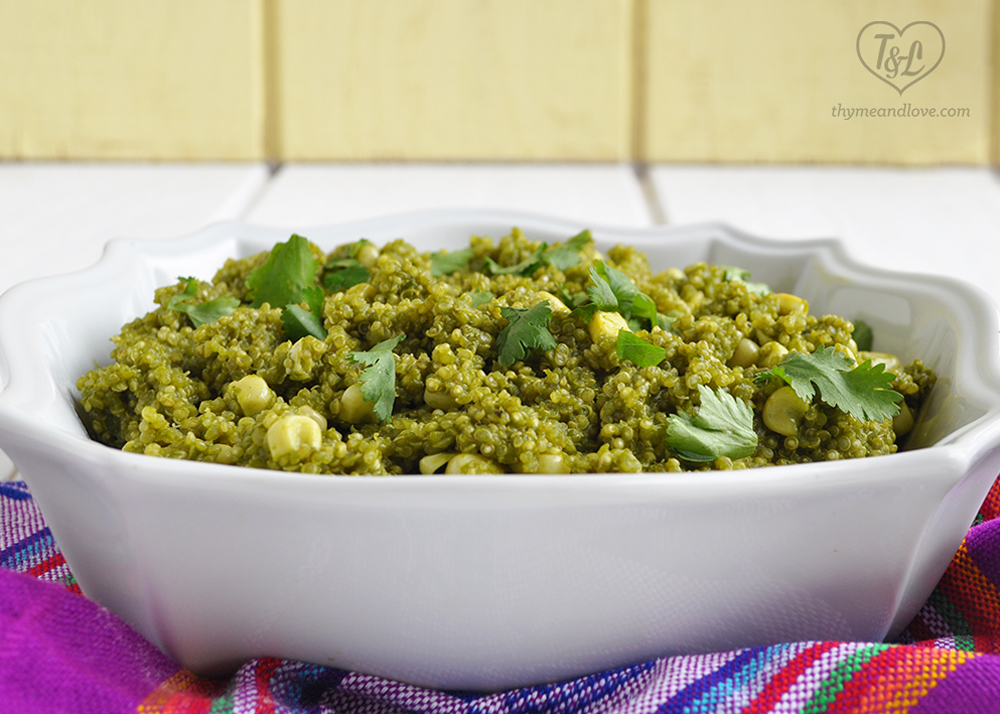 This Mexican Green Quinoa is a great side dish to any Mexican inspired meal. For a little extra veggies, corn is a great addition to the quinoa. The corn is completely optional; the quinoa has tons of flavor going on from the poblano pepper and cilantro. 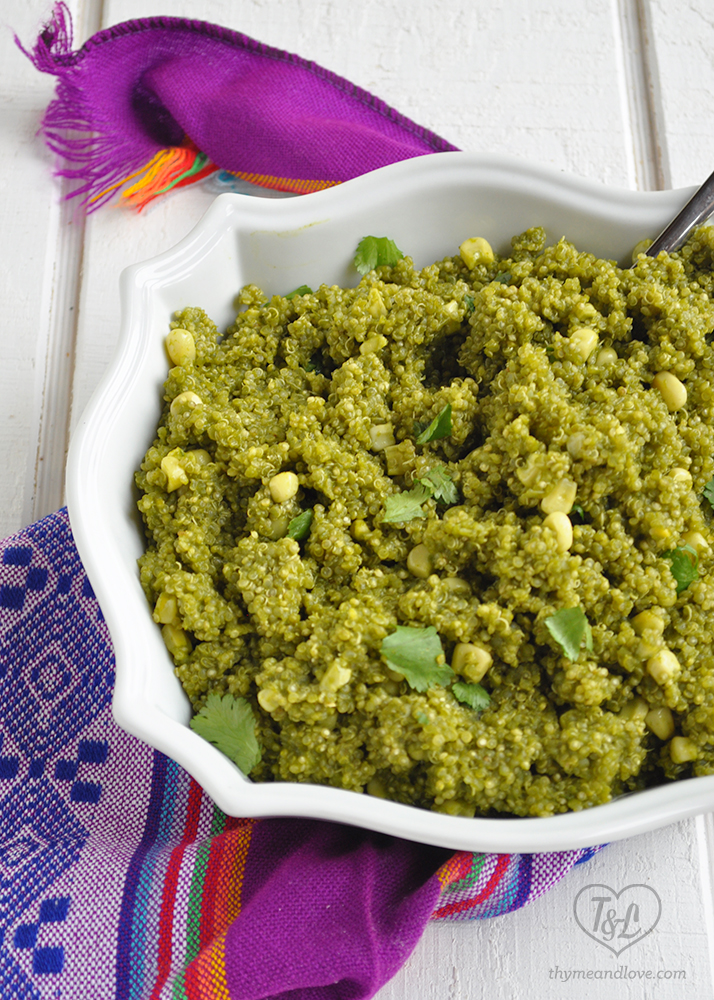 This is a delicious and healthy side dish to serve your family for dinner. For more Mexican inspired recipes, be sure to check out the Vegan Mexican recipe section! 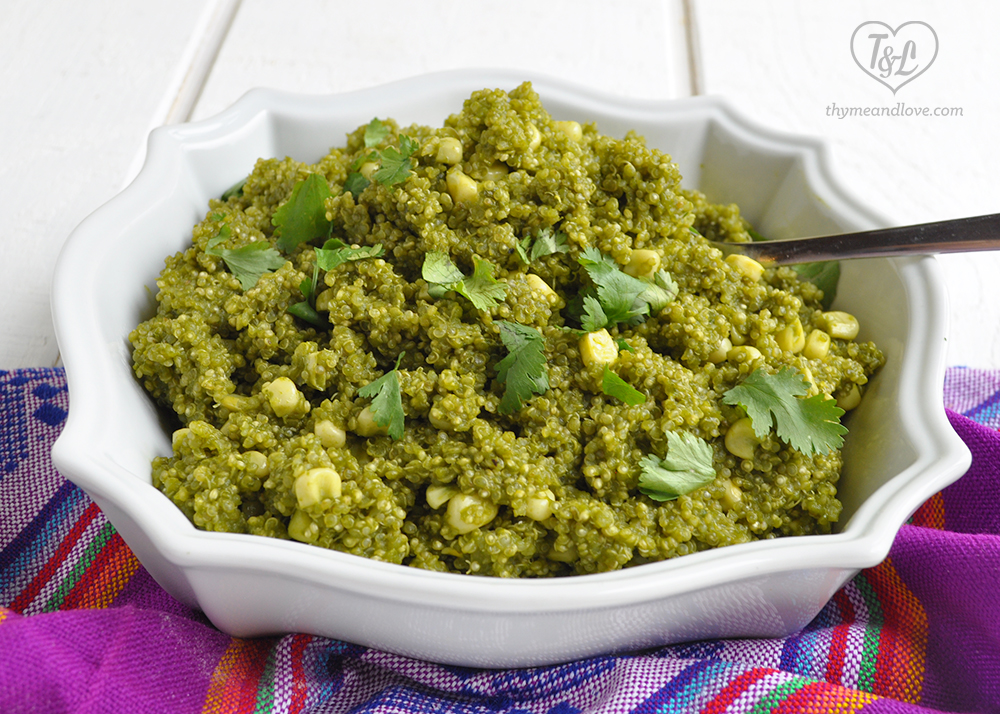