Earlier this Summer we took a trip to our local cherry orchard and I made this easy, delicious Vegan Cherry Crisp with the cherries! 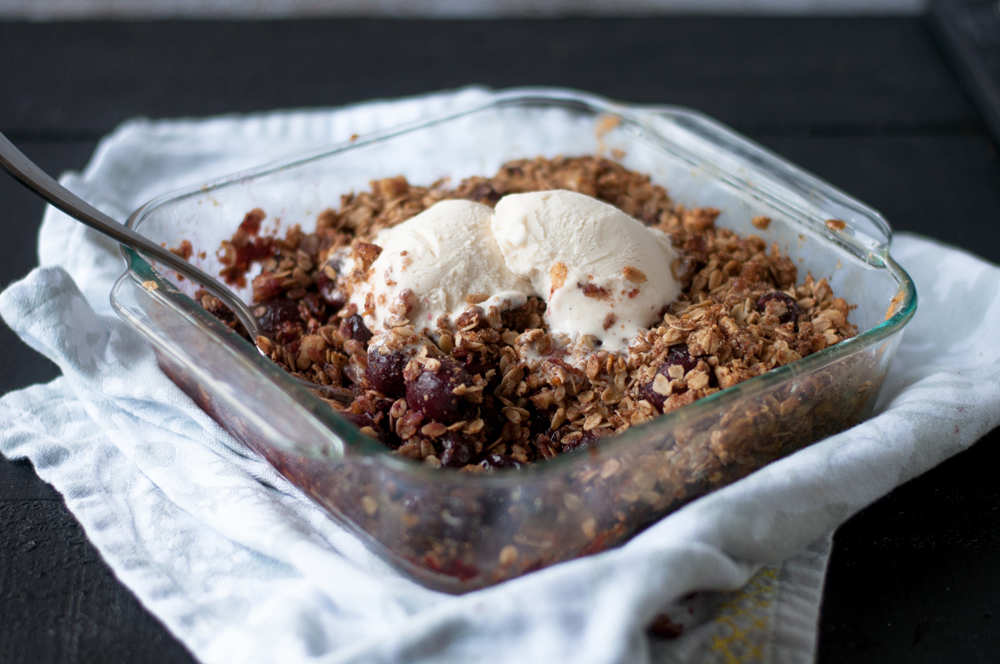 Earlier this month we took a trip to our local orchard to pick sweet cherries. I was really excited because I had never picked cherries before. One great thing about living in Grand Rapids is that you get a mix of a small city surrounded by farms and orchards. Just a few miles north of us is the fruit ridge. The fruit ridge or "the ridge" is a topographical land feature located NW of Grand Rapids. It is a prime location for growing because  the elevation is greater than 800 feet and its location from Lake Michigan creates a unique climate that is perfect for growing apples. 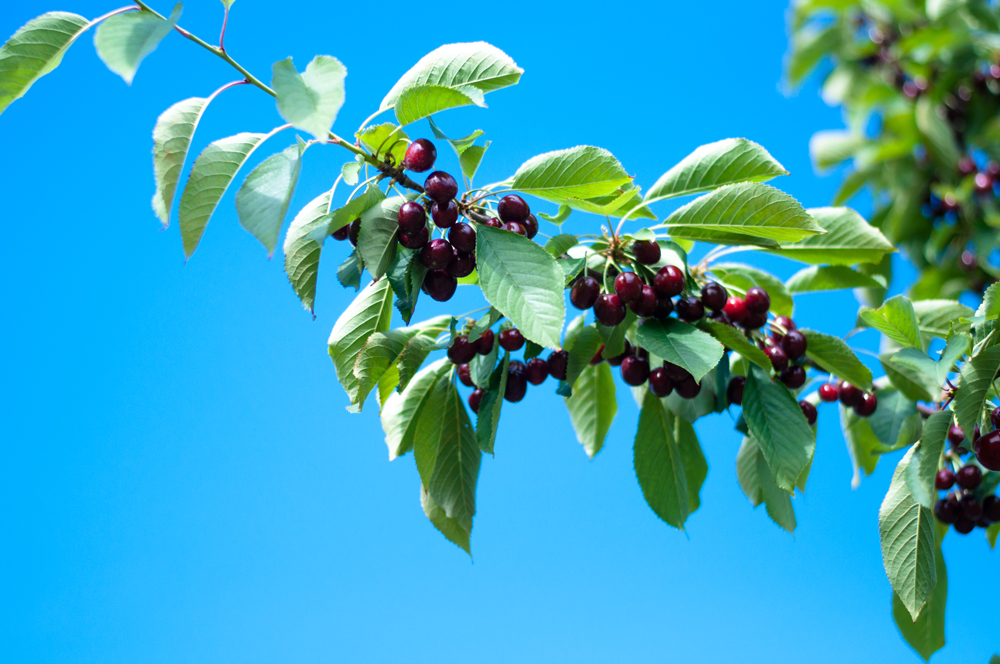 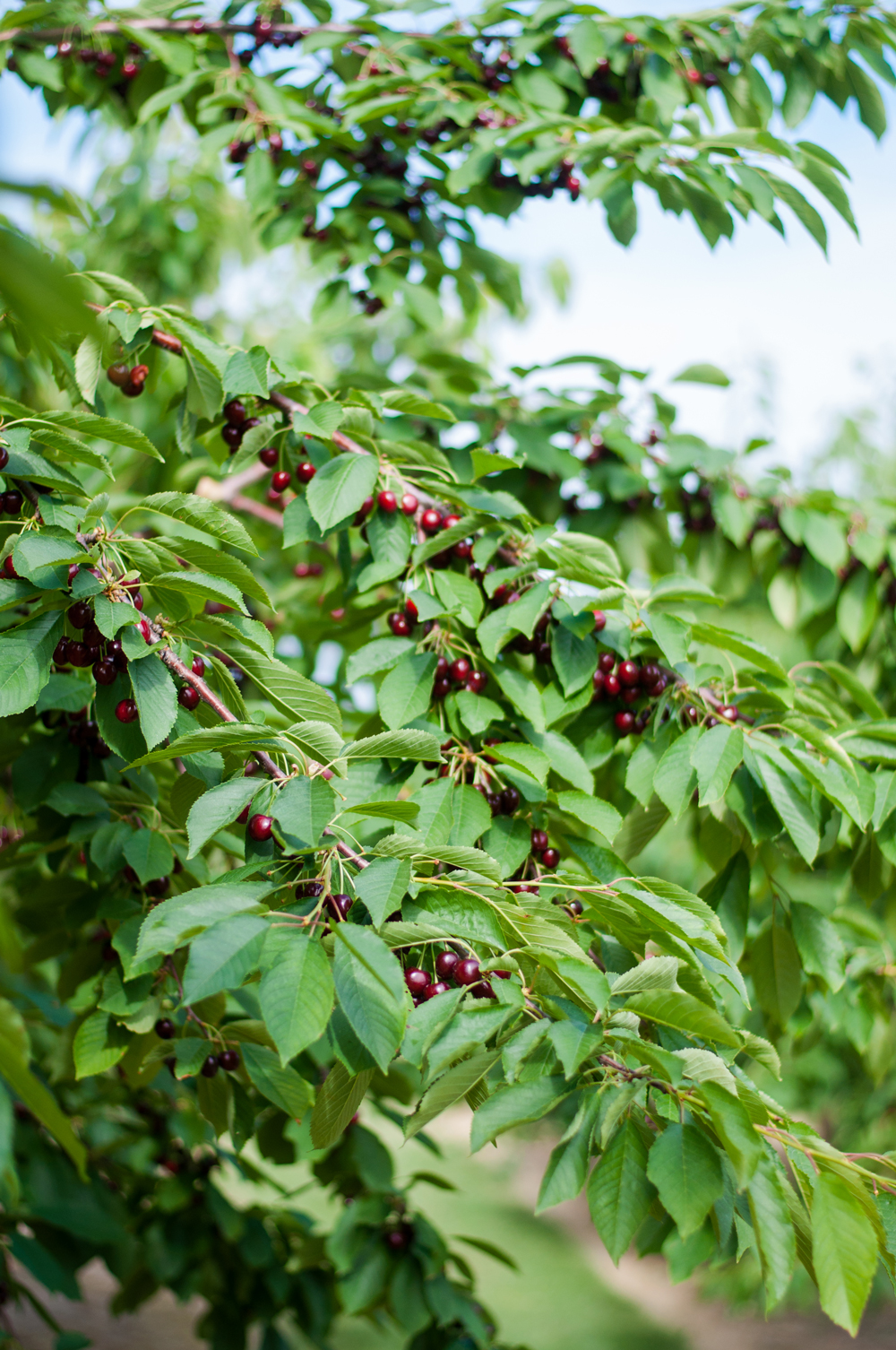 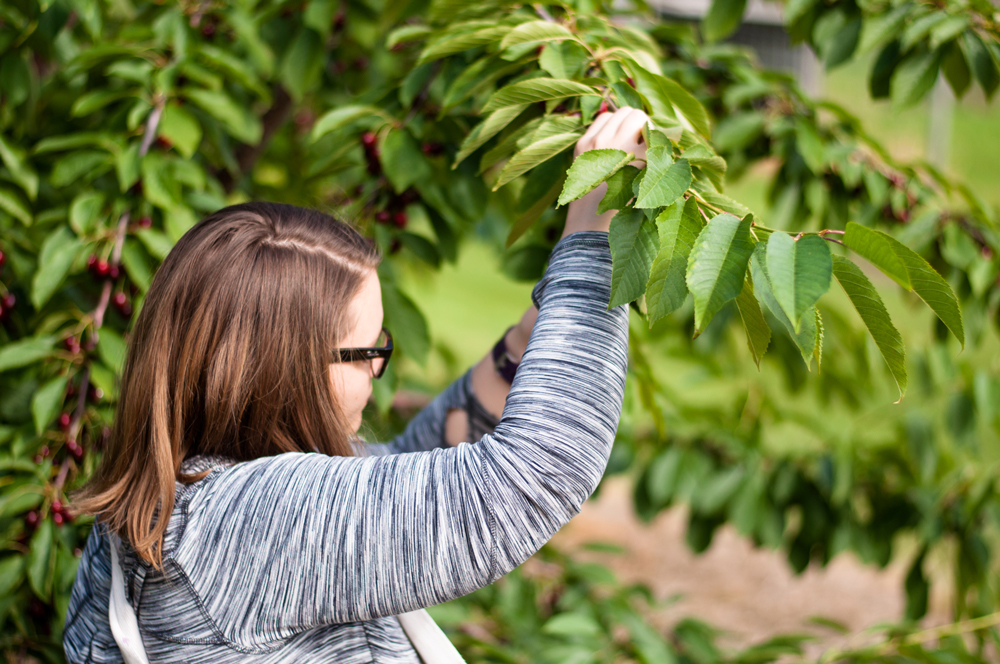 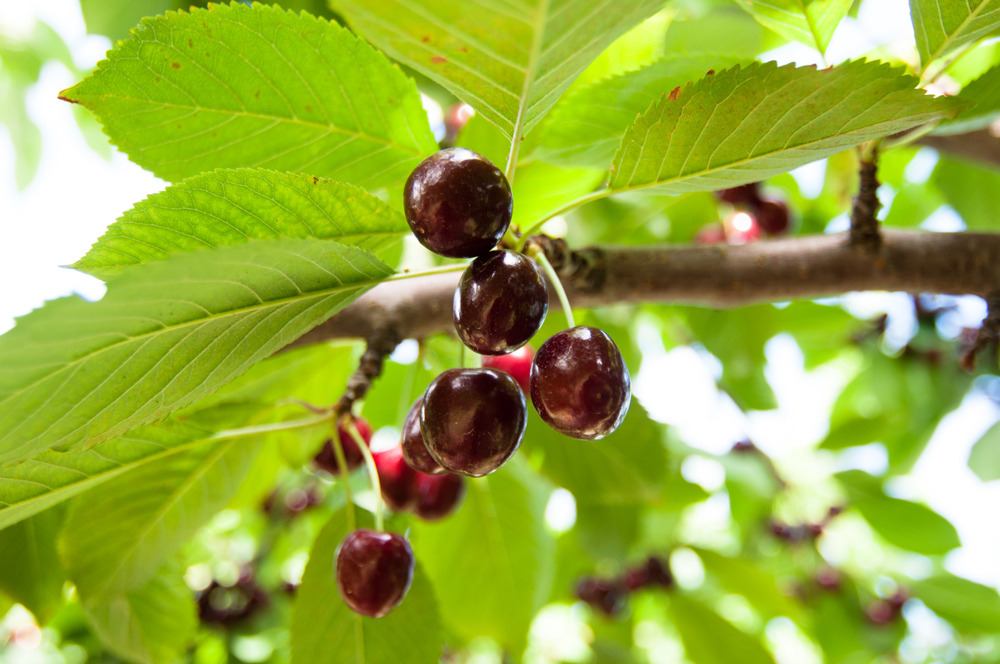 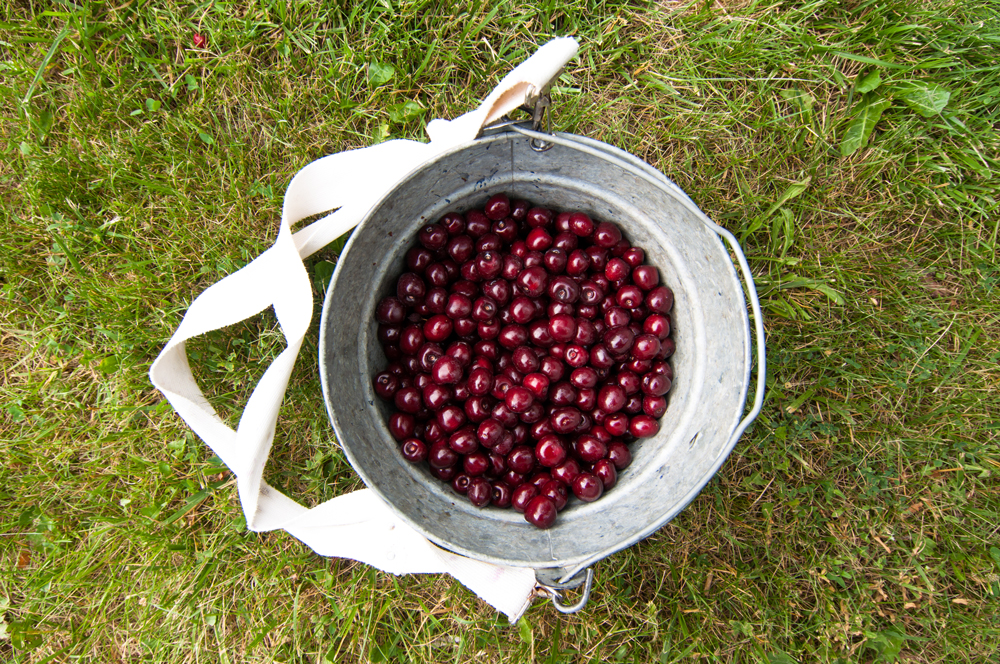 After returning home from the orchard, I cleaned and pitted the cherries. This year I caved and bought a cherry pitter.  The cherry pitter saved so much time. Plus it wasn't as messy as pitting the cherries by hand. I think a cherry pitter is one of the tools that you don't think you need until you actually use one. It was definitely worth getting. If you buy a lot of cherries and don't have a cherry pitter, this is the one that I bought and it worked out great. 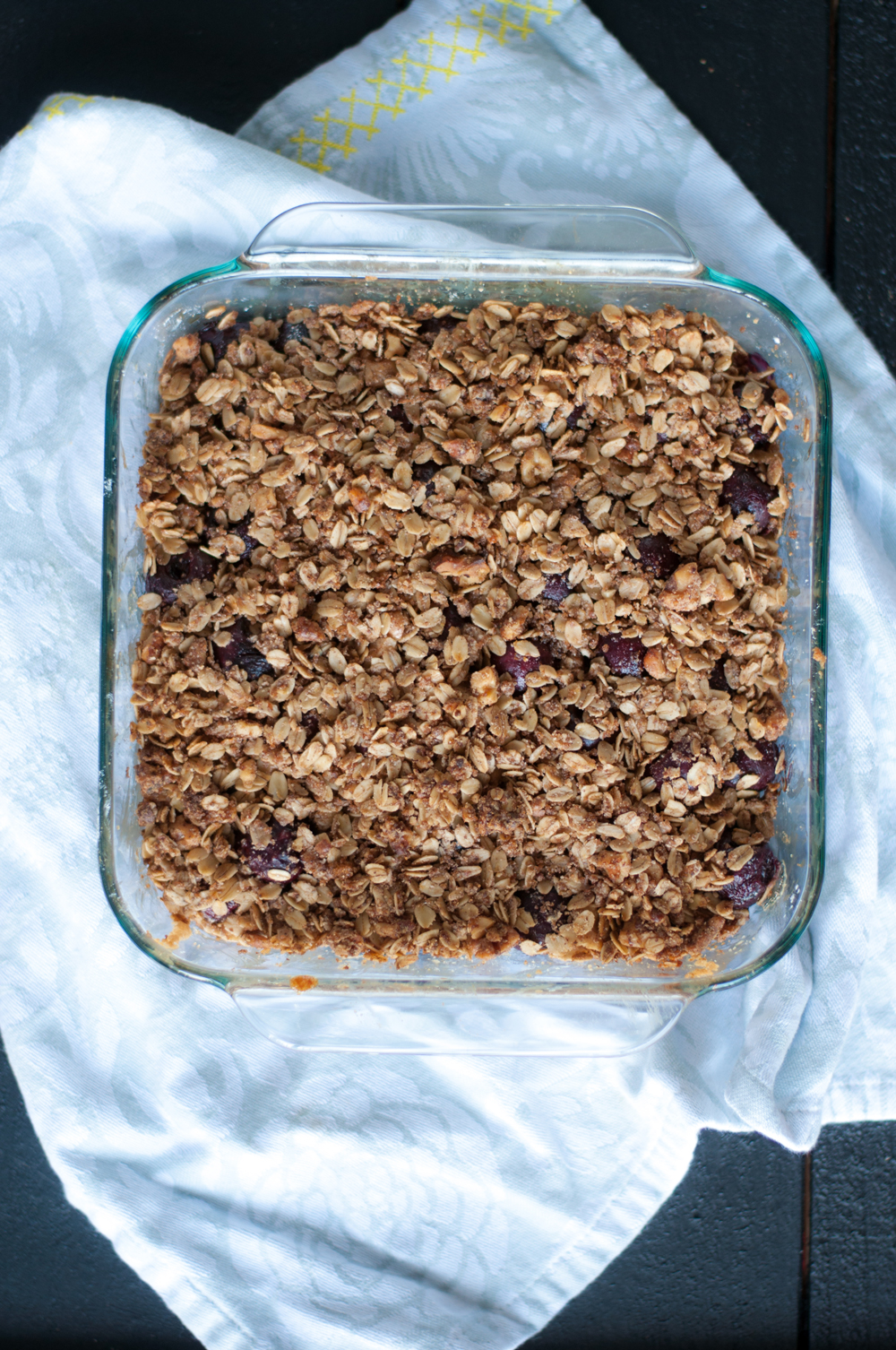 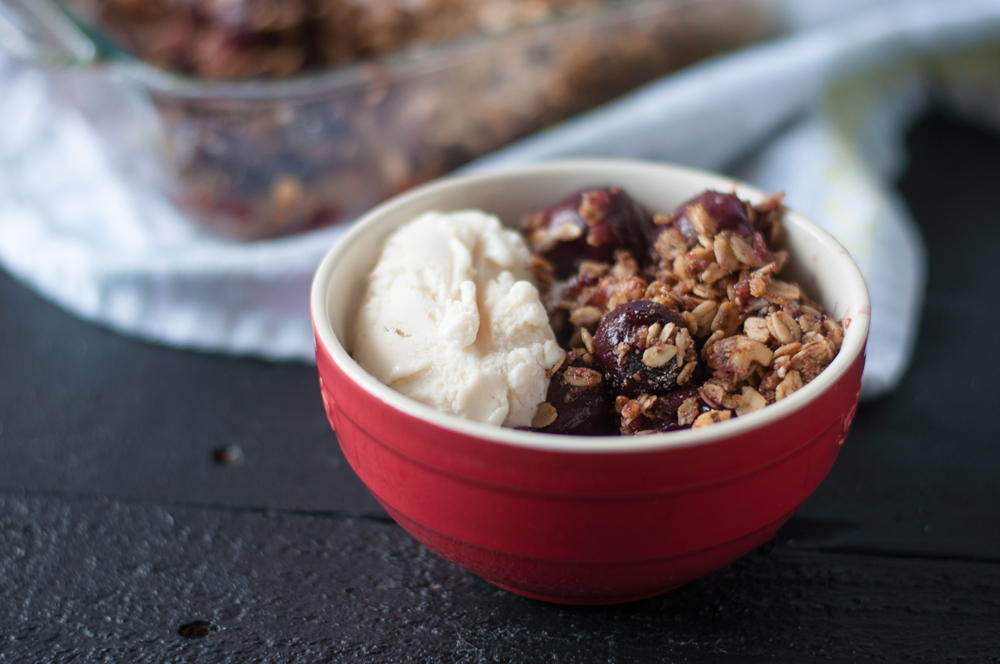 I froze most of the cherries, but I wanted to make a simple dessert that highlighted the cherries. Crisps are the perfect summer dessert because they are easy and don't require much effort. The cherries are topped with a gluten-free oatmeal based topping.  I really like to use melted coconut oil for the topping. I love adding cinnamon to my desserts including this Vegan Cherry Crisp.

Like all crisps, they are best served with ice cream. There is nothing better than the warmness of the crisp paired with the cold ice cream. I used store-bought vegan ice cream, but if you have some homemade vegan ice cream serve it along side the Vegan Cherry Crisp. Yum!! 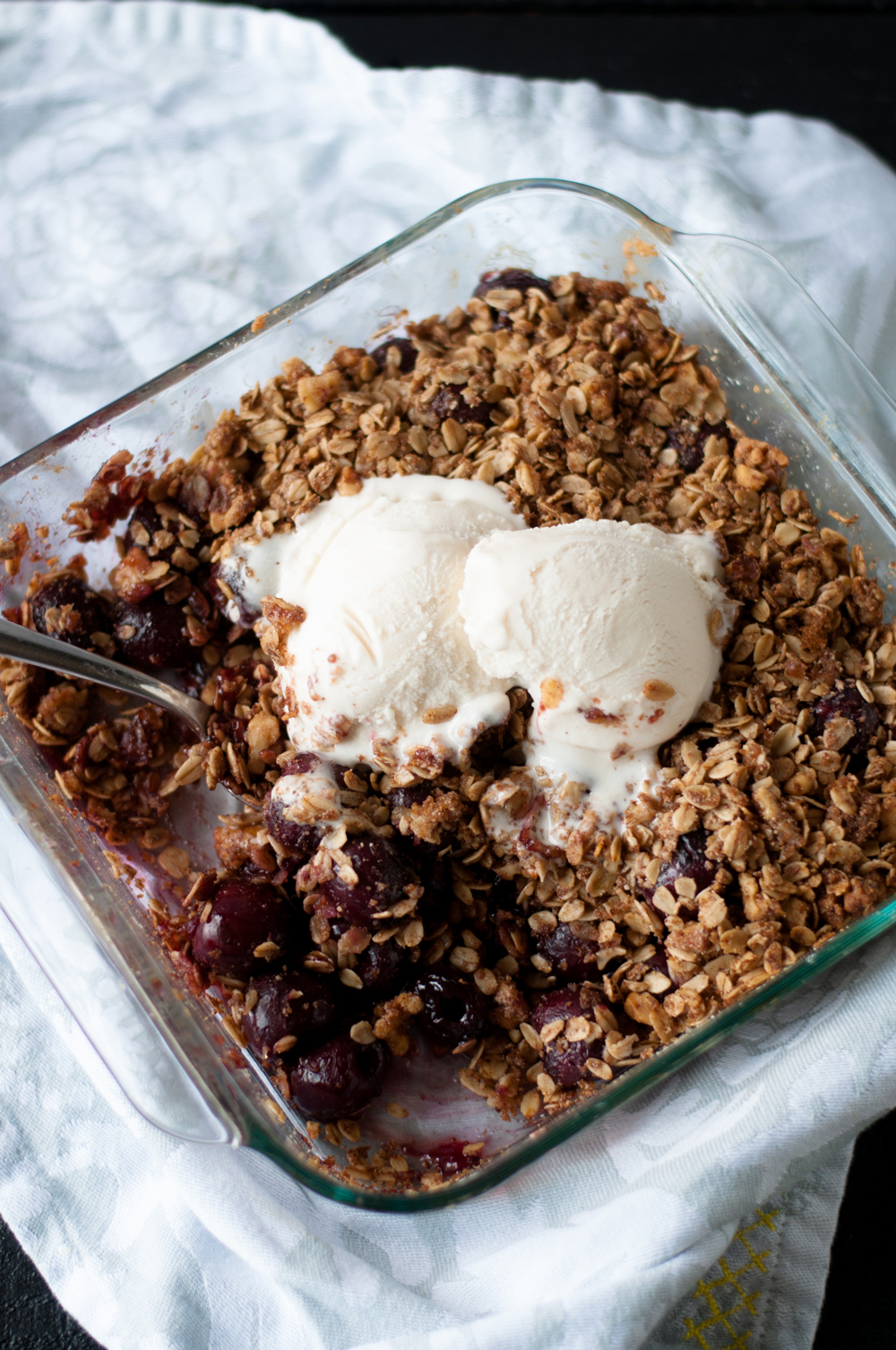 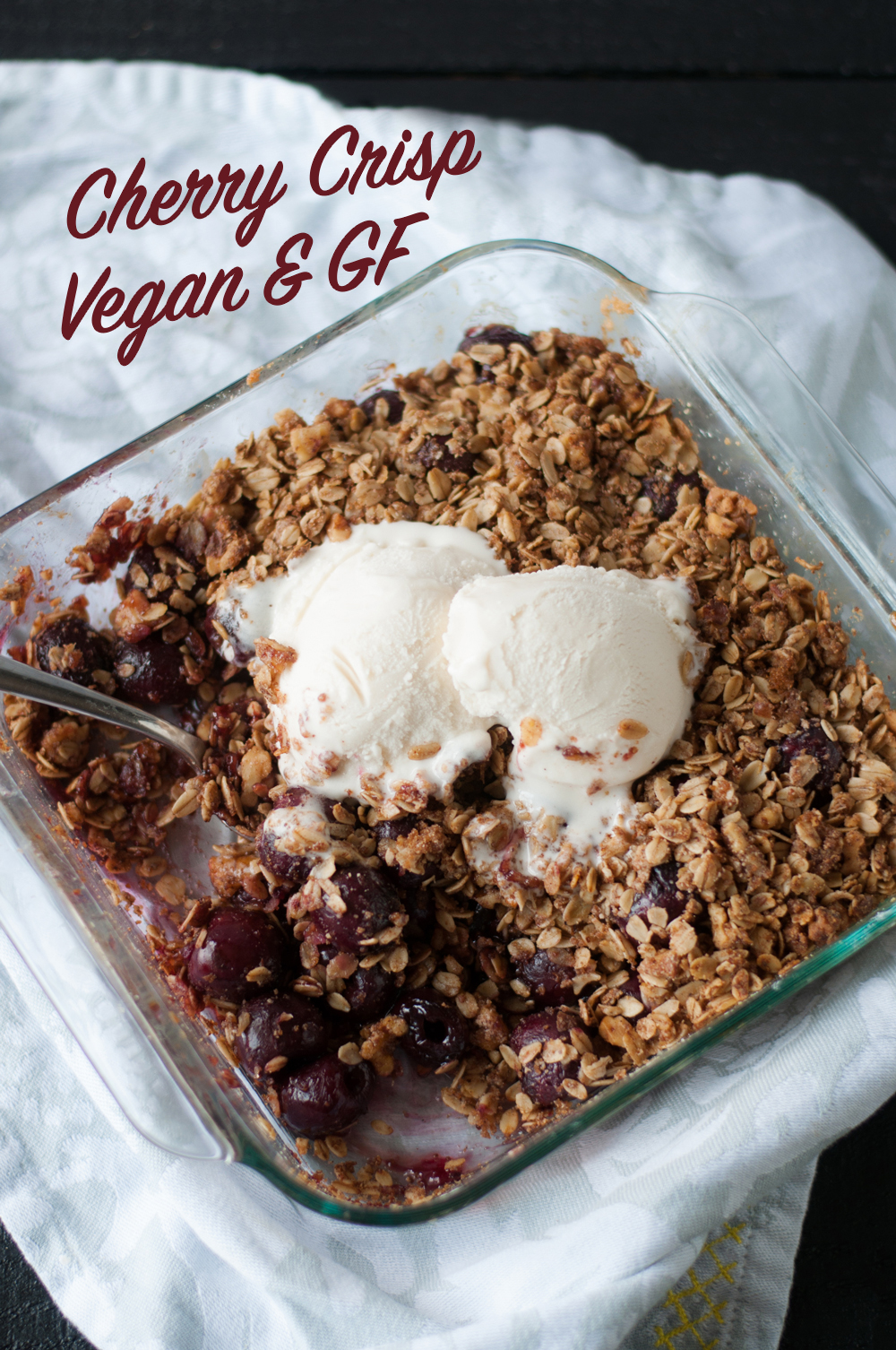