Portobella Mushroom and Poblano Fajitas are an easy weeknight meal. The vegetables are marinated in a citrus marinate and served with a simple homemade guacamole. 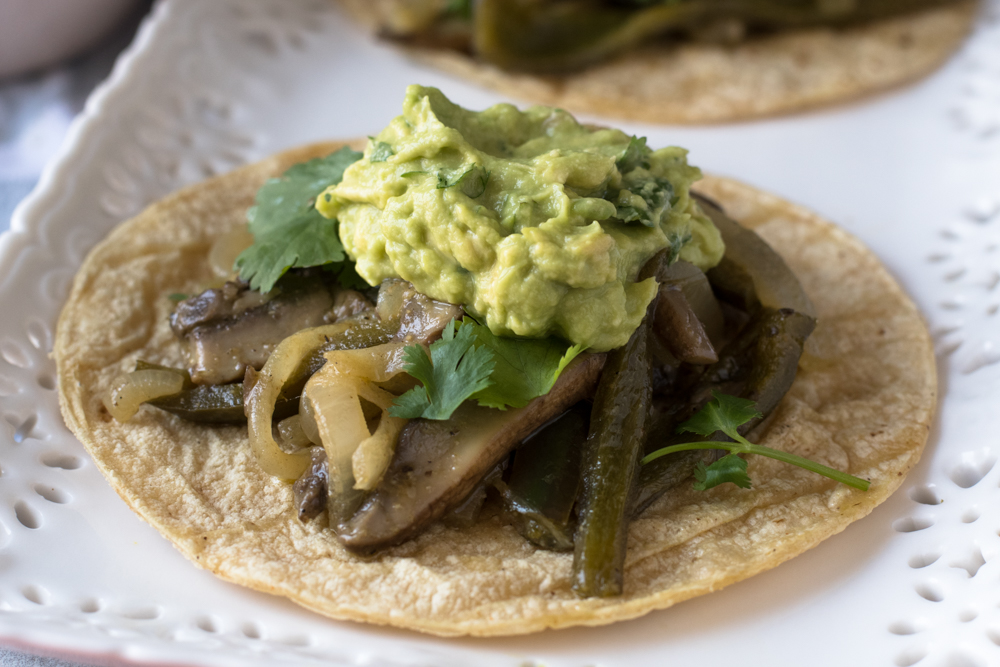 When I think of fajitas, this first thing that comes to my mind are those sizzling vegetable fajita platters served at my local Mexican restaurant growing up.

I remember when I first became vegetarian over 10 years ago, fajitas were one of the only options for me at my local Mexican, more like tex-mex, restaurant. I recently remembered those sizzling fajita platters and realized that it had been a really long time since I had some fajitas.

These Portobella Mushroom and Poblano Fajitas are a quick and easy meal that's perfect for busy weeknights. 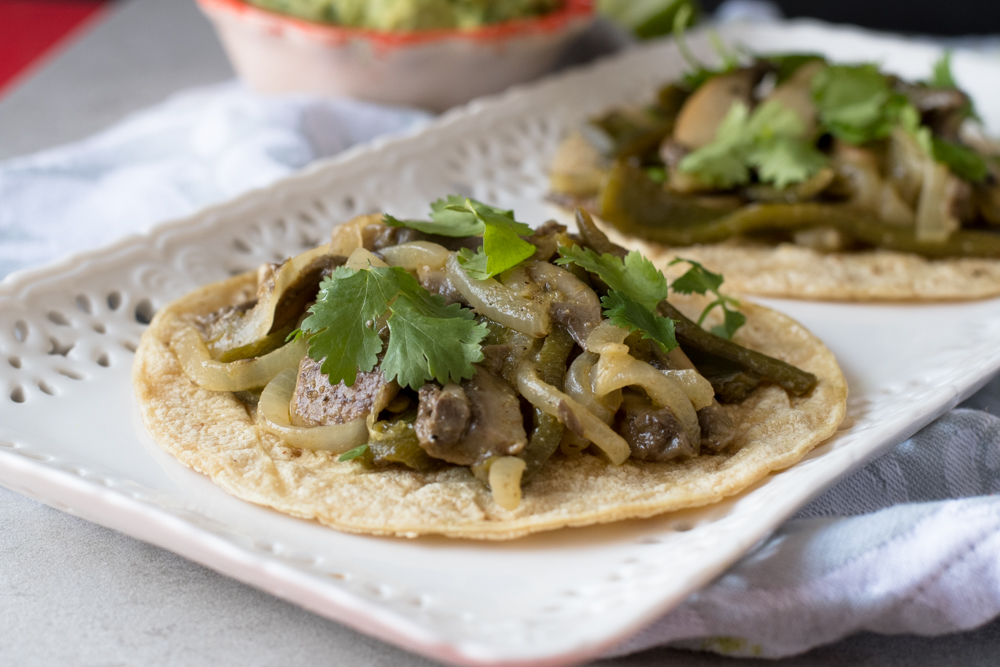 I like to serve these fajitas with a big scoop of guacamole, fresh cilantro and a big squeeze of fresh lime juice.

While the mushrooms and peppers are cooking, make a quick batch of guacamole. I don't think my local restaurant served guacamole with their fajitas, but I think guacamole is a must for these fajitas!

You can serve this with corn or flour tortillas. I went for corn tortillas to keep the recipe gluten-free. 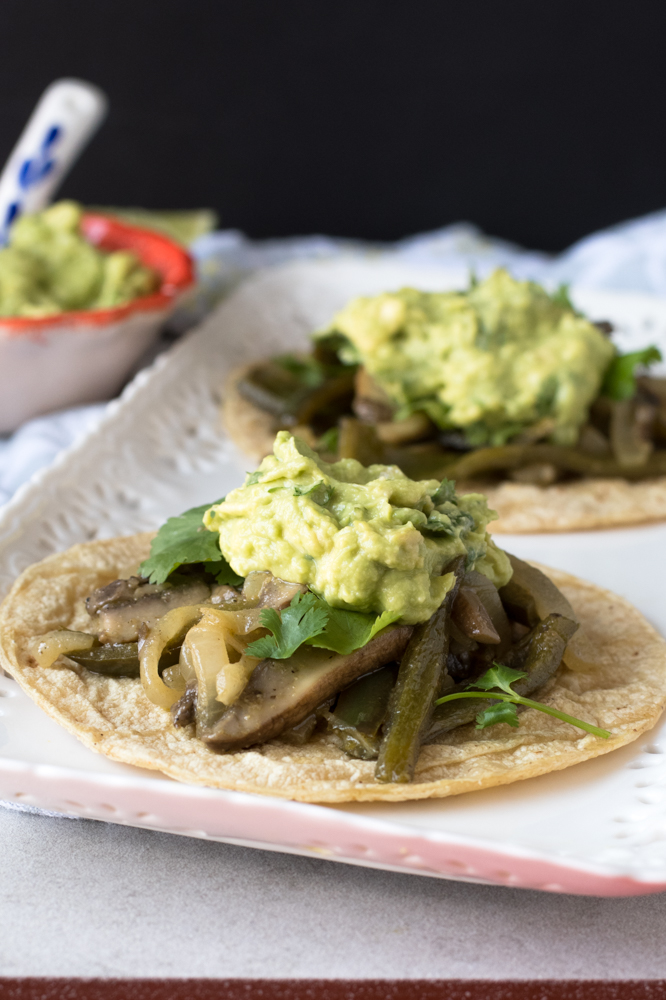 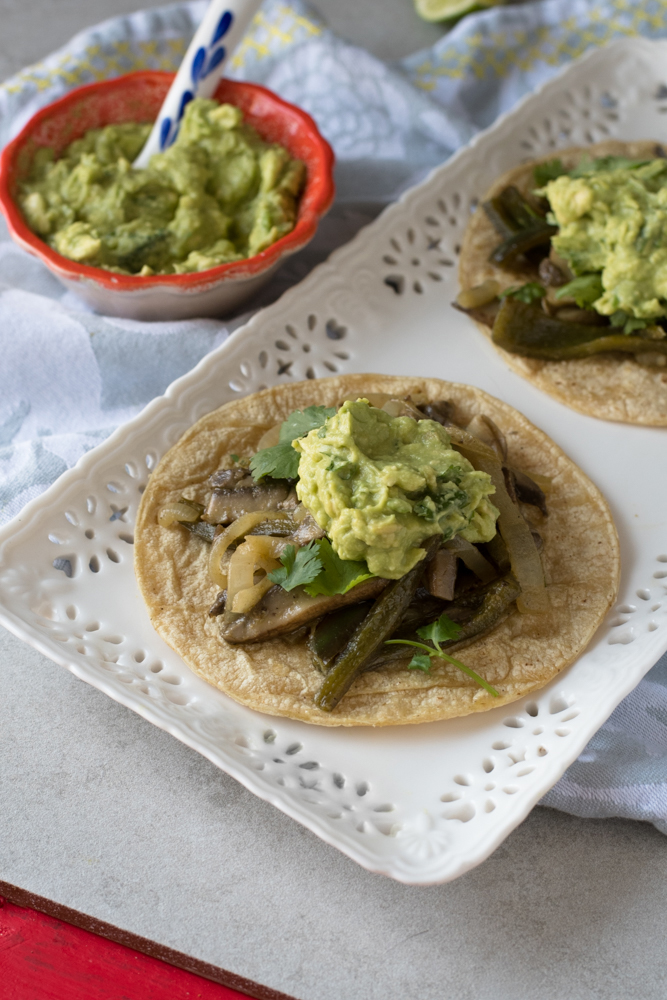